Ever since they formed in 2017, Hostia has been working towards this moment, which was the release of their new full-length record, Nailed, which came out this past November 4th through Deformeathing Production. The release of the album has helped solidify the quartet as one of the most exciting young metal acts in their home country of Poland. More of a death metal and grind band, the band is composed of St. Xyxtus on bass, drummer St. Evaristus, guitarist St. Anacletus, and St. Sixtus on lead vocals. Nailed is a full 15 tracks of blasting metal insanity, with songs that mostly range from one to two minutes. You could say these guys get straight to the point.

As songwriters, the members of Hostia have been extremely productive since forming. Last year saw the release of their Resurrected Meat EP, preceded by their second LP, Carnivore Carnival, in 2020 and their self-titled debut in 2018. The band keeps it real with their music and how they conduct themselves as an act, preserving their anonymity by wearing masks and just letting the music do the talking.

Today, we are joined by Hostia for a special track-by-track rundown of each song on Nailed as they describe their meanings and origins.

“The opening track of the record is a ceremony of enlightenment and dethronement. It is the opposition of religious stupidity. It is an eye-opening ceremony and a celebration of freedom. It is a hymn of praise for those who have abandoned the shackles of the catholic sect.”

“‘Stone In The Throat’ is quite a personal song. It tells a story about a person close to me and her struggle with severe depression. A fight filled with desperation, and helplessness. About relationships with loved ones in this situation. About the inner battle and the titular stone you can’t spit out or swallow.”

Pure satire. If you must believe in a god, does it have to be a loser? The Messiah, the prophet, the almighty son of god… until a mere man betrays him. He is humiliated, tortured and finally killed. Is this your god that you worship? I’m not impressed.”

5. “The Return Of The Living Dead”

“This is a tribute to one of my favourite horror movies ever. The low-budget production from 1985 turned out to be a success, efficiently combining humour with horror. The film was characterized by a great soundtrack recognized as one of the most punk soundtracks ever. In short, without spoilers: a toxic cloud over the cemetery, the rain, the dead rise from their graves, and a group of people just have to survive this night.”

“This is our interpretation of the classic tale ‘The Three Little Pigs.’ We replaced pigs with priests (sorry to all pigs for this comparison). The ‘pigs’ won’t let the wolf into the church because they’re afraid of all the gold they’ve stolen from poor people. We just hope the wolf will huff and puff, and he will blow the church down. Yeah.”

“The story of an Australian former abattoir worker Katherine Knight who decapitated and skinned her husband before trying to serve his flesh to his children. We don’t have to invent hell and devils. True evil and monsters live among us. Could it be your neighbour? Who knows.”

“Everyone is afraid of death. It is hard to accept that our brief episode on this planet is meaningless. Even harder to believe that death is the end of our adventure. We feed on fantastic fairy tales about the afterlife because it’s easier for us. It’s not an afterlife; it’s an afterlie.”

“When you are not a fan of the human race, when you have introvert tendencies but appreciate the comfort of living in society, you have to pretend. Day after day, you just fake it.”

10. “The Vampire Of Barcelona”

“Enriqueta Martí was born in Sant Feliu de Llobregat in 1868. As a young woman, she moved to Barcelona, initially working as a servant or nanny before becoming a prostitute and witch doctor. She claimed to be able to cure tuberculosis and other then uncurable diseases using spells, potions, and ointments made from the blood, flesh, and bones of kidnapped children that she routinely murdered. She also ran a brothel that specialized in providing child prostitutes to wealthy clients.”

“It’s quite a perverse title. Most perceived it as a criticism of the Polish black metal scene. The truth is completely different; the title should be taken literally. The idea was born during a conversation with a friend. There was a time when I suffered from insomnia, and herb and a few black metal records helped me.

“Personally, I am a fan of energetic black metal, and in Poland, there’s a fashion for a sad and climatic variety of the genre. I never implied that it was bad; I just stated a fact. The lyrics itself are actually a tribute to the black metal scene. It’s also a fact that I find it incredibly amusing when grown men take it too seriously. Reactions to this title only convinced me of that.”

“Mikhail Popkov was a serial killer, rapist, and necrophile. He was found guilty of 80 murders between 1992 and 2017. Popkov killed dozens of women between the ages of 16 and 40, as well as one policeman, in his home city of Angarsk. He used handmade tools, including knives, axes, baseball bats, and screwdrivers. He would hunt a single woman as he patrolled the streets while on duty in a police car. He used his confidence in his service.”

“The titular sister Bernadette was the Director of the House of the Borromeo Sisters in Zabrze (Poland). ‘I survived hell, and I feel it until now,’ ‘when I see this center now, it reminds me of a concentration camp,’ say the adult children of Sister Bernadette. During her ‘career,’ there were rapes, tortures, and child abuse. All with the permission of the then-headmistress. Bernadette was sentenced in 2011 to two years in prison after the testimony of 22 charges.”

“This title means ‘I will fucking kill you’ in Polish. It’s just one of those days when someone boils your guts. It doesn’t matter if it’s your neighbour or co-worker. The one thing that matters is that person should disappear or just stop breathing. Sure thing, you cannot kill anyone so just let the smile on your face show when you look at that person with ‘Zajebię Cię’ on the headphones. It’s just a classic ‘fight song.’ You are welcome.”

“How dangerous are false prophets and self-appointed cult leaders? A prime example is Jim Jones, who induced more than 900 members of his cult to commit suicide. Take the cyanide for your god.” 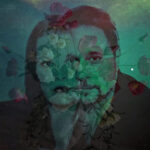 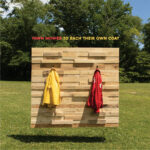