“Boom!” leads off the album, a mix of up-tempo rock ’n’ roll (with a dash of John Lee Hooker’s lyrics) that immediately suggests there’s more to Newport Electric than five friends jamming songs together for kicks. The song’s effect is the musical equivalent of running into an old friend – putting a smile on your face and a stride in your step, eager to hear what’s been going on since the last time you’d caught up. “More Than This” professes, “God damn, I miss Warren Zevon, A musician who could out-Dylan Dylan.” before morphing into a lamentation on loneliness and chasing fame.

John Couture’s vocals are both pleasant and confident, with just enough of a rumble present to lump his sound in with the mighty Springsteen and Brian Fallon. The song lengths increase progressively on Discord And Harmony, leading into the album closers “Nice and Slow” and “Mattagami River,” pushing the listener into some denser song craft showcasing some accenting keyboards and anthemic guitaring.

Almost half a year after supporting Brother Leeds at their record release party, the bands will flip spots for the Newport Electric Discord And Harmony record release party scheduled for Saturday, January 14th, at Aeolian Hall, London. Discord And Harmony will be available on vinyl, CD, and digital formats. Tickets are available at www.aeolianhall.ca or www.newportelectricmusic.com. If you can’t make it, fret not; Newport Electric plan on performing live dates throughout the coming year around the Highway 401 area. 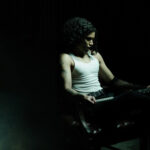 Bloodbather Release Gnarly New Music Video for “As You Die” 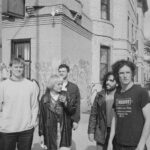 Premiere: Hurry Up and Listen to Slow Fiction’s New Single “In The Distance”