With her sparkly clip-on earrings and shades of Tennessee twang in her voice, folk/Americana singer-songwriter Teni Rane’s evocative tones conjure up vague suggestions of a hybrid of Maren Morris and Jewel.

Over the last few months, Rane has released three new singles – “Meet Me in Stockholm,” “Cozy Inside,” and “Rosemary & Evergreen” – with a fourth single, “Tennessee Snow,” slated to drop on December 9. Three of the four fit neatly into the ‘holiday songs’ category.

Rane first appeared on the scene in 2020 with the release of her debut single, “Heart in Tennessee,” followed by her debut EP of the same name.

The song reflects Rane’s homesickness while playing semi-pro soccer on the Swedish island of Gotland. Meeting her partner in Stockholm, they travelled back to the island. According to Rane, “Even though the song has a longing and melancholy note and feel to it, it became a really sweet and amazing memory of my individual experience there and also our time there together.”

“Cozy Inside” rolls out on a holiday-laced country melody, accented by the crying hues of a steel guitar and softly glowing harmonies. Nuanced and effortless, Ranes’ vocals give affectionate, graceful flavours.

The final track, “Tennessee Snow,” as yet unreleased, travels on buttery, retro savours, rich and smooth, with gleaming sonic cedillas. Suffused with nostalgia and dreamy bouquets, the tune simmers with indulgence. 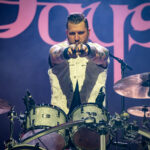 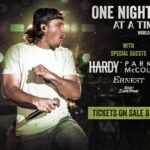