The guys in Three Days Grace saved the familiar surroundings of their home province of Ontario for a string of dates to finish off their 2022 “Explosions World Tour.” The show at Barrie’s Sadlon Arena was the second last one, and the boys still had gas in the tank after a long run for a killer night.

Opening the night was Oshawa’s own The Standstills. They are officially a duo, but guitarist/vocalist Jonny Fox and drummer Renee Couture now tour with bassist Brendan McMillan. As a duo, their sound was great, but with the added bass, the live sound is much better. Touring on the release of their brand new 2022 album Shockwave which was produced by Neil Sanderson, the drummer from Three Days Grace, the band showed that they belong on the big stage. The songs are short, frantic, kick hard and drop the mic before moving on to the next punch.

Next up was The Warning, a Mexican-based trio of the Villarreal Vélez sisters who started off as YouTube sensations with their cover of Metallica’s “Enter Sandman” in 2014. To say they rocked hard would be an understatement. Daniela (Dany) on guitar/lead vocals, Paulina on lead/backing vocals and drums, and Alejandra on bass craft a ferocious combination of super catchy riffs, soaring vocal harmonies and a crunch that rivals the best veteran rock/metal bands on the planet. Alejandra was battling the flu and chose to do the show seated. They all had the flu for a while on this tour and had to cancel some dates as a result. Three Days Grace guitarists Barry Stock joined the band for their new track “Choke.” Dany and Stock looked like they had a blast trading riffs as Stock and his imposing frame moved around the stage. Their material had a “love it the first time hearing it” vibe, and the crowd let them know it. Half of the set was from their 2022 release Error. The album has a huge well-produced presence and just might be a breakout work for the band.

After a short break while the crew readied extra stage elements for the headliner, Three Days Grace kicked off the show with the barnburner opening track “So Called Life” from their 2022 album Explosions. It’s hard to believe the band has been on the scene for 25 years now. Their hit-filled body of work is extensive and the 17-song setlist was a feast for any 3DG fan. And touched on all of the band’s studio albums. The new material is arguably some of their best work and harkens back to vintage 3DG days.

The stage was fitted with two large video screens on either side of drummer Neil Sanderson’s customary high drum riser, with ramps from the stage up to platforms on either side of the screens. Frontman Matt Walst who mentioned that he’s been in the band for 10 years now has fully filled the shoes of original vocalist Adam Gontier. And performs all the old material on par with him. Singing from his “dirty” and “clean” mics on most of the tunes, Matt hit all the right notes.

It’s always time great time when a band that’s been around a long time puts on a performance that shows the fans that they still have passion and drive to excel. 3DG is that band. Guitarist Barry Stock along with his fully stocked guitar pick tree for tossing to fans, his trademark long trench coat, ball cap and ZZ Top beard cuts a memorable image and nailed it all night. Brad Walst wrestled and manhandled his bass and kept the low down with Sanderson on track, along with both of their solid backing vocals that help give the 3DG tunes their sound.

Dany from The Warning joined the band for vocals on “Painkiller.” She has such a powerful sound and stage presence, and the fans loved it. It was also the debut of a full-on mosh pit in the crowd. Halfway through the show, the band did a stripped-down acoustic set. With Sanderson on a keyboard and the rest of the band at the stage lip, they did “The High Road” and “World So Cold.” Set #2 highlights were “Just Like You” and their debut single “I Hate Everything About You.”

The two-song encore began with “Never Too Late” and its mental health message that’s as timely now as when it was released in 2006. Ending the show, “Riot” had the crowd keeping the mosh vibe going full tilt. It was a very successful three-band bill and kudos to 3DG for pulling it together.

Set 1:
So Called Life
Animal I Have Become
Home
Pain
Break
The Mountain
I Am the Weapon
Painkiller (with Dany from The Warning)
Acoustic Set:
The High Road
World So Cold

Set 2:
Just Like You
Neurotic
The Good Life
Lifetime
I Hate Everything About You 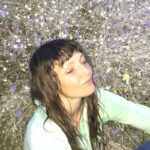 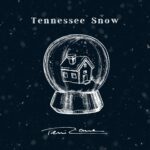