You take one look at KARMACODA’s brand new music video for “Time Flies,” and there’s no mistaking its retro quality. It’s not just the black and white camera; it’s the video quality, the aspect ratio, and, generally, the whole production tone. It captures an era bygone, and that was the exact intention of the San Francisco, California-based band when they started brainstorming what they wanted from a music video for this song.

KARMACODA has actually been highly regarded over the years for the originality and the diversity of their music videos, earning various awards for their videos, including two Hermes Creative Awards and three Davey Awards.

Regarding the video, singer and producer Brett Crockett states:

“‘Time Flies’ is the first music video from our new album Lessons in Time. It was directed and filmed by our long-time collaborator Gianfranco Bichine (who was supported by his sister Victoria). To highlight the dreamy, surreal quality of the song, the video was shot using a rare vintage Pixelvision PXL2000 video camera from the 1980s.”

As Crockett mentioned, the song can be found on the band’s latest album, Lessons in Time, released this past October via Sola Musa Music. The record embarks on a journey of surprises and originality, with 13 songs that are difficult to qualify within any specific genre. It’s not necessarily unfamiliar, but you’d have a hard time thinking of any other act that sounds like this. Crockett is joined in the band by his close collaborators, fellow vocalist Jessica Ford and Japanese-American multi-instrumentalist Eric Matsuno.

As an album, Lessons in Time is very much an embodiment of many of Ford’s life experiences. The songs were written through a lot of self-reflection on her life, looking back retrospectively and really honing in on some of her greatest memories. The whole point of Lessons in Time is to live regret free; view these songs as “lessons in time” and take only positive learnings from what has come before. 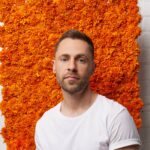 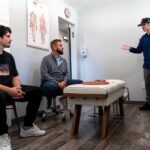