Multi-platinum DJ and world-renowned producer DJ Snake joins forces with Spain’s Wade and India’s Nooran Sisters for the hypnotic new single “Guddi Riddim,” out now via Interscope Records. Euphoric and irresistible, the blistering track is already a viral sensation on social media — with snippets amassing millions of views since Snake added it to his live set.

Kicking off with the Nooran Sisters chanting in Hindi and Punjabi, the French hitmaker and the Spanish DJ Wade build a big, bold dance anthem that is as frenetic as it is delirium-inducing. “Guddi Riddim” is peppered with a global mix of both the DJ’s signature transitions, including echo effects, volume fades, epic breakdowns and Wade’s pulse-pounding beats that are destined to drive clubbers into a frenzy wherever the song is played. By mixing Indian sounds with electronica, Snake, Wade, and Nooran Sisters together concoct a truly global sound.

With “Guddi Riddim,” Snake adds another all-conquering banger to his setlist and showcases, yet again, his ability to effortlessly blend sounds and influences. 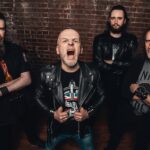 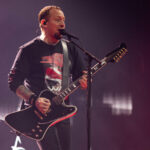