Swedish rock n’ metal band Ammotrack have released their new single and video, “Under My Skin,” via Crusader Records, part of the Golden Robot Global Entertainment Group. The track is about ringing ears, otherwise known as tinnitus, affecting around 15-20% of the population.

Commenting on the song, the band notes:

“‘Under My Skin’ explains that living with ringing easy is not easy, but it does get better if you accept it. To everyone out there, stay strong and safe and don’t forget to protect your ears. It’s a high price to pay to being a rock n roll soldier!” 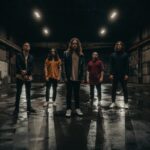 Fit For A King, photo by Dana Willax
Prev Post 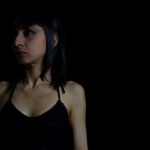 Claudia is on the Sofa, photo by Sonia Raineri
Next Post