Please allow us to introduce you to an artist worth your time. Kalle Pascal is a young, Los Angeles-based musician who wasn’t even a musician until a few years ago. His early ambition was filmmaking, so he moved to LA in 2014 from his native San Francisco. At this point, he couldn’t even strum a few strings on an instrument, but a few years later, after a terrifying but liberating experience accidentally eating some THC-laced popcorn, his mind was freed. His worldview shifted, and a year later, he bought a ukulele and started watching singing tutorials on YouTube.

Over the last few years, Pascal’s musical skills began to improve and evolve. By 2021, he began working at a school and, by chance, met the drumming legend that is Stephen Perkins (Jane’s Addiction), whose child happens to attend the school. Perkins told him to send him any recordings of anything he had written, but the problem was that Pascal had nothing written! When he had written the song “Daisy,” he passed that along to Perkins and received a very positive reaction. In turn, Perkins has become a massive supporter of Pascal, which has only served to validate the young songwriter and provide him with the confidence to stick with it and work as hard as he can at being the best musician he can be.

Pascal recently released a video for “Daisy,” so we connected with him for a Behind the Video conversation about the making of the clip, as well as his general thoughts on music videos and the role they play in today’s music marketplace.

Kalle Pascal: “Because the song is kind of slow, the video being slow just made sense. I think it captures the feeling that this guy is definitely going through something.”

“I really don’t know! I don’t have social media, and I know people think I’m crazy, but I just truly believe that it’s ok. My brother and I both don’t have it, and he told me a great quote that someone said, ‘Be so good that you can’t be ignored.’”

“I think a budget doesn’t necessarily mean as much if you have creativity. You can spend one million dollars on something, and it could be not entertaining, and you could spend zero dollars, and it could be the best thing ever. It’s really about the vision that you have and the execution. A lot of times, they don’t match up, but when they do, it’s magic.”

If you worked with a crew to make this latest video, who did it include, and how did you put together the team?

“Yes, I worked with an amazing crew. It started with my twin brother Kingsley who directed the video. He came up with a great concept for the video, and I just had to show up! The other integral parts were my two good friends, Jack Gilbert and Heather Massie. Jack was the DP, and he really made it seem effortless when running in front of me with a camera. Heather was on choreography and helped me really hone in on the dance moves.”

“One-hundred percent. We used Jack’s camera and a friend’s gimbal for the shoot. We shot it in slow-mo, which was pretty cool because it actually required us to speed up the song four times the normal speed! So when I was acting, every take was only one minute instead of three. But that was the production on set. It was basically cost-free except for gas for the way there!”

YouTube is the go-to for most people, but where do you prefer to watch music videos and why?

“I honestly watch music videos on YouTube a lot! I feel like I didn’t use to, but then in like 2018, I would always check to see what new video was out. When I was younger, I would watch them all on MTV and BET; I miss that! I would also watch old videos on YouTube like Busta Rhymes or Bone Thugs-N-Harmony. Sometimes, I wonder how I got into those back then because there was no algorithm feeding me things it thinks I like.”

What are some of your favourite music videos ever, and why?

“The first video that came to mind was Busta Rhymes and Janet Jackson’s ‘What’s It Gonna Be.’ I just think it’s so cool. They’re like two black people from the Capri-Sun commercials who are in love. I think A$AP Rocky’s videos are always great, and I am obsessed with the ‘Cash In Cash Out’ video that Pharrell had. But Drake has the best videos! He makes them into a little ten-minute film that I don’t want to end. I grew up on Degrassi, so the ‘I’m Upset’ video is one of the greatest things that has ever happened.”

Help us to understand the video’s concept in more detail and how it ties into the lyrics.

“This is from my brother Kingsley: ‘First Kalle is forlorn about Daisy, and then he thinks about the good times.’” 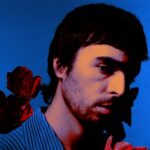 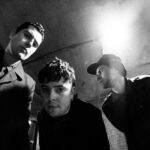