Out today, Trikk’s “Don’t Forget To Breathe” marks his first foray into “a true partnership,” evolving from the spark of an idea into a dossier intertwined with the twists and turns of the past few years. For one of the more brooding, pop-minded moments on the newly announced debut album Fauna & Flora, Trikk brought in guitar and invited U.S. singer-songwriter Jens Kuross alongside a rising R&B star to layer soulful vocals over an energising wave of jazzy darktronica, offering a thrilling first taste of what’s to come.

“I wanted to create that feeling where there are these rays of light and total darkness, it’s a game between these two worlds coexisting.”

Striking debut album Fauna & Flora cultivates a sense of scale, character and broad-minded musicianship across ten genre-fusing tracks. Just as its namesake spans the vast spectrum of life on Earth, so this expansive document draws from a diverse sound palette that jumps from widescreen psychedelia and industrial-crusted pop to baile funk and foreboding techno. Partly descending from the club-focussed fare with which Trikk made his name, he also reaches for art- rock, punk and post-punk to expand on his electronic foundations. 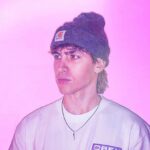 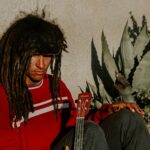