Born in Ghana and raised across the UK and Canada, transatlantic alt-pop artist Mauvey (with whom we spoke back in June) drops his new EP, BEFORE THE ALBUM: A love letter to the moons of Mars, via 604 Records.

Acknowledged as an emotional mess on and off the stage, Mauvey’s sound, influenced by Michael Jackson, Kanye West, Oumou Sangaré, Prince, and Labrinth, reveals raw feeling, meshing arresting melodies and mesmerizing rhythms with his flexible voice.

Along with features in elite outlets, Mauvey has shared the stage with Easy Life and Snotty Nose Rez Kids, as well as performing at SXSW, The Great Escape, M for Montreal, Focus Wales, BBC Radio 1’s Big Weekend, and the Isle of Wight Festival.

Made up of seven tracks, the EP starts with “1+1=THR33,” which blends psych-pop textures with Mauvey’s spoken-word vocals.

Highlights include “PROVE IT!,” opening on low-slung, shimmering tones rolling into a nu-pop melody reminiscent of the ET Boys. Mauvey’s dramatic vocals, at once soft and anguished, imbue the lyrics with urgent, quixotic savours.

Talking about the track, Mauvey says, “I wanted to write the answer to a question I’ve been asked repeatedly since about the second month of the pandemic. The question was, ‘If you were face to face with your younger self, how would the conversation go?’ It took a while, but ‘PROVE IT!’ is my answer.”

The melodic rap flow of “I Still Get Butterflies For You In My Tummy,” featuring Dear Rouge, blends percolating tones and lush vocal harmonies into a catchy tune, full of the ache for a former flame.

Suggestions of Michael Jackson-like funk-pop run through “I DON’T WANNA TAKE IT SLOW,” which features BIG KILL. A stuttering bassline and syncopated rhythm, along with polished falsettos, give the tune beaucoup flavours of upmarket user-friendly energy.

The final track, “You Know You’re My Favourite,” closes out the EP with a potent, DnB-tinted hip-hop tune laced with lysergic washes atop a heavy, thumping rhythm.

Suffused with both soft and ardent vocals and hefty, rolling rhythms, BEFORE THE ALBUM: A love letter to the moons of Mars allows Mauvey to strut his talent.

BEFORE THE ALBUM: A love letter to the moons of Mars Track Listing: 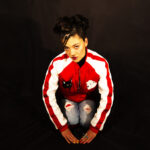 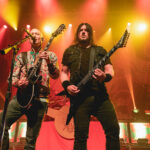