As passionate as he is talented, singer-songwriter Mauvey is a man with so much to offer. A true visionary, he puts everything into his art, pouring his heart and soul into it, and it shows with each passing release. His latest release is the new single “The King,” an empowering new track that dishes on equality, respect, and the value that exists within each of us. Kings have historically been men, and the most important and respected people within their societies. With this song, Mauvey was inspired to scrunch that concept up in a ball, throw it away, and write something that was more respectful and cognizant of the value and importance of women in our world, and our civilization. It speaks to the type of artist Mauvey is, someone who is always striving to make a statement, never content to just rest on his musical laurels.

“The King” is Mauvey’s first new single since the release of his December mixtape The Florist, via 604 Records. To accompany that mixtape, he also made his directorial debut, directing a short film, also titled The Florist, comprised of beautifully cinematic videos meant to accompany the standout tracks.

Mauvey recently released the official music video for “The King,” an energetic, dynamic, spirited new clip which he mostly oversaw himself. We spoke to Mauvey for our latest Behind The Video interview in which we discussed the video, its creative process, his views and feelings on music videos in general, and some of his favourite all-time videos.

Mauvey: “If money wasn’t an issue, I would hire however many billion people who are struggling financially, pay them all 1,000 dollars a day for a seven-day shoot. I’d then fill 1,000 of the biggest planes we have on earth with 100 dollar bills (I’m talking, packed full, like nothing else in the plane except the pilots and floor to ceiling cash). Then I’d have the planes fly around the world dropping the cash (each note would be in an environmentally friendly bag of some sort, yes the planes would emit gas and that’s not environmentally friendly, but I’d plant a billion trees in return). Then the billions of people I hired, their job would be to collect and keep the cash that dropped from the planes.”

“If we are talking about ‘The King,’ my dream guest would be Lupita Nyong’o. She is one of the best actors on the planet.”

“It really depends on the song. Largely though, for me, I write songs with such a clear visual element, I almost ‘HAVE TO’ tell the visual part of the narrative for the story to be complete.” 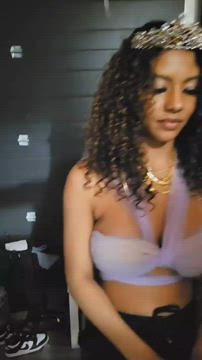 “Myself and the other director, Andrew Huculiak, the DOP Joseph Schweers, and the rest of the crew enjoy this thing called ‘Devil’s Nectar.’ It’s basically watching unedited scenes from what we filmed that day. We get food and enjoy the unedited magic.”

What is your favourite childhood music video and do you have any secret nods to it in your catalogue?

“‘Remember the Time’ by Michael Jackson. I love that video. My latest video, ‘The King,’ is a Martian performing for ‘THE KING.’ The narrative is different, but I was definitely inspired by that Michael Jackson video.”

Do you think YouTube (or ‘online-only’ platforms) is a good enough platform by itself to justify creating a music video?

“Honestly NO. It is the solution for now, but instead of complaining about it, which is so easy to do, we should be pushing for more creative options, such as screenings at movie theatres, or other such screening events.”

“Yes, I’d say so, I think some of the best and most creative videos are DIY. Sometimes even with a big budget, you can’t achieve the same level of creativity as when pushed to execute something DIY.”

Did “The King” have a budget and were you able to stick with it?

“We had a pretty tight budget, but we came under budget by a significant amount, which was amazing.”

How much of “The King” was self-made?

“Most of it. I wrote the story and script, co-directed, co-produced, co-designed the wardrobe, I casted ‘THE KING’ and worked with the make-up artist to create the ‘MARTIAN’ character.”

YouTube is the go-to for most people, but where do you prefer to watch music videos and why?

“This is extra, but I prefer to watch my videos and videos of artists I love at movie theatres. We spend thousands of dollars making these cinematic visuals, to upload them to YouTube, and watch them on tiny screens. I have rented movie theatres a couple of times now and will continue doing so. It is so rewarding watching your work on the big screen.”

What are some of your favourite music videos ever and why?

“Cinematic music video. in another life I’d be an actor and director, acting in and directing enormous blockbuster movies and cool low-budget indie movies.” 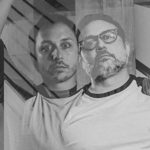 Premiere: Pacifico are Feeling Fortunate with Their “New” ‘’05/’22’ EP 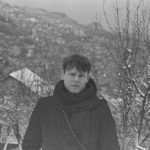 New Single: Join Nils Bloch for a Stroll Through “The Park”