Every musician inevitably has to put out their debut release, but what if that release comes 17 years into an artist’s career, an artist who has already released a ton of singles and records? We throw around the phrase “better late than never” a lot, but it’s never been more the case than with Pacifico and the new ‘05/‘22 EP.

Matthew Schwartz, the mastermind behind Pacifico, is unveiling his “new” batch of tunes today, via his own Pacifirecords label. These are songs that were originally conceived in 2005, but not finished until this year. In the intervening 17 years, Schwartz has been very active with Pacifico, regularly and routinely writing, recording, and producing new music. So why the delay in releasing these songs?

We’ll allow Schwartz himself to explain:

“Over the years, I went on to record and release three full-length Pacifico albums, eight EPs, and some singles and compilation tracks.

“The 2005 recordings were lost during that time, until 2020 when Jeremiah found the hard drive, and I got together with the current members of Pacifico and finished what we started in 2005.”

Feeling lucky, and certainly fortunate, Schwartz is just glad to have retrieved these recordings and been afforded the opportunity to share them with his fanbase. Musicians often have a reputation for not making backups of their recordings, which was again the case here with Schwartz. As he states, once he found the lost recordings, he convened quickly with his current bandmates, guitarist C. Jason Mask and bassist Wes Clifton to sort through the songs, make sense of them, and actually put them down on tape.

It was a very interesting recording experience, because it required Schwartz, now an experienced, professional musician, to reconnect with his former self, a young man just trying to find his way in a world he wasn’t familiar with. Melodic and catchy, Schwartz is just glad to have been given another chance, and he’s taken full advantage of it, grateful to have rediscovered what he thought was forever lost. 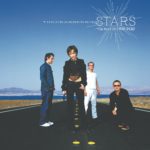 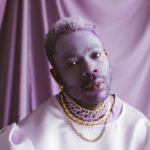