As a reference point, Memory Theater, the new album from Massachusetts grind/power-violence crew Escuela Grind, clocks in at seven minutes shorter than Slayer’s Reign in Blood. Couple that with the fact that the album has been produced by Converge guitarist/producer extraordinaire Kurt Ballou, and that should be enough to dictate what you can expect from this vicious little outburst.

The follow-up to their Indoctrination effort, from the moment Memory Theater screeches into existence with “Endowed with Windows,” there can be no doubt that the next twenty or so minutes are going to be truly violent. Unleashing wave after wave of hellish rage on your skull, Escuela Grind tears through the likes of “Cliffhanger” and “Faulty Blueprints” like the musical equivalent of a bull in a china shop. Utterly destructive and something you don’t want to get in the way of, this Massachusetts wrecking machine leaves a path of destruction in their wake as their grindcore blueprint flattens all in its way in a blur of punk-drenched, frustration-pumped fury.

With bands like Napalm Death, Converge and Pig Destroyer as reference points, Memory Theater is a raw, at times unhinged expression of musical rage. Katerina Economou’s caustic voice spits out her politically-inspired words marrying up perfectly with the raw production job provided by Ballou. Through “Forced Collective Introspection” and “The Feed,” this is the kind of extreme tear-up that will leave you a cowering wreck in the corner of your room.

At twenty-three minutes long, there is simply no room for excess fat on Memory Theater. With such a brief playing time, the record cannot afford any filler tracks. Thankfully, what you get for your money, is a devastating, savage set of songs from a band who are still rising their way up through the ranks of the extreme music scene but, on this evidence, are quickly becoming impossible to ignore. 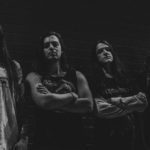 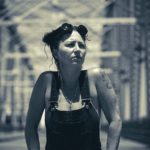