Today is a special day for Drew McManus and Satsang, for it marks the release of their brand new album Flowers From the Fray. Remarkably, this is the duo’s fifth album in six years, incredible creative output in an age where three to five-year gaps in between album releases are expected. The record was mostly entirely a self-directed effort, with McManus’ longtime collaborator Parker Brown overseeing the recording and producing of this lot of songs. The album was primarily written while McManus and Brown were secluded away in a cabin in Southwest Montana, where they really tried to go back and rediscover the essence of what Satsang was originally intended to be. They tried to veer away from genre-based constraints, which helped promote positive change and growth.

Satsang has experienced a lot of maturity since the release of their last record All. Right. Now. McManus and Brown have grown as songwriters and learned to draw from their influences in crafting exactly the type of music they have always wanted. There’s a full-disclosure element to Flowers From the Fray, with each track very personal to McManus specifically, who really succeeded in tapping into some very personal past experiences. Parker’s musical guidance helped it all make sense, and what you have is a heartfelt record that listeners will find easy to relate to.

To help commemorate the release of Flowers From the Fray, McManus has joined us for a special guest blog today, taking us into the personal details behind the record’s writing and sharing the lessons he ultimately took from this liberating personal experience.

“Stripping It Down on ‘Flowers From The Fray’” by Drew McManus

December of 2021, after a six-month litigation with a record label, I made the decision on a drive to Texas for some shows to say to the label, ‘I need ____, and I need to know by the end of the day.’ Leading up to this moment, I had been planning to have all of the boys in the band go to Texas and record with a hand-picked producer at Sonic Ranch. It was a dream scenario. It felt like it was the logical next move for Satsang to level up in that way. Do it ‘proper’ and a bit more in line with industry standards of what a ‘record should be.’

While I had that record pretty much completely written, I had been going through a lot of interpersonal hardship. Had to move in the middle of winter, weird inner industry gossip about professional decisions I had made. It was heavy. And when things get heavy, I write… a lot.

I ended up with a whole second batch of songs that I was so excited about. But I figured they would sit dormant for a couple years until the making, releasing, touring of this big epic next record was done. I started sharing them with my best friend and bandmate Parker. He kept joking, ‘If the label deal falls through… we should go to Phil’s cabin and record these!’

Well… the label called back… and said they couldn’t match my offer… and the next 17 hours were spent in the van on the way to Dallas discussing how we make a record with no help from a label and me having no money due to this unexpected move. The more I leaned into and romanticized ‘no way as the way’ and leaned deeply into trust, the more I got excited about this idea.

When we got back from Texas, we went into the cabin in the middle of winter. The Beartooth Mountains in February are a desolate place… it felt like I was exactly where I should be. Parker and I got after it doing back-to-back twelve-hour days for a week. The process was fun. It didn’t feel like work. It felt honest; there was no pressure, there was no plan outside of ‘make these songs pretty.’

What we ended up with was my favourite work to date. The best songwriting that’s ever come out of me, and the most authentic raw instrumentation I have ever done. Every song got what it needed, nothing more, nothing less. Overthinking was the enemy. If a back and forth went on for over 45 seconds, we stopped the whole thing and moved on. I leaned into trusting Parker. Any idea he had, I immediately went with. And the latest single, ‘Coming Together,’ would be a slow moody acoustic meh song had he not said, ‘take this thin pick, and strum like Tom (Petty) does in ‘Learning To Fly.’’ In this trust, we compounded ideas and made it into an absolute HWY Cruiser of a tune.

After the album was finished, I began the process of going, ‘What do we need to get it out?’ We stripped it down to bare bones. So the first singles we just uploaded and put out… no promo, no paid adds, nothing… After years of trying to get on curated playlists… the first two songs were playlisted. Then I had a conversation with a friend, and the promotion/printing ended up being privately funded by a dear friend who I had sat in an Ayahuasca ceremony with a year prior. The path revealed itself.

The moral of the story; be an artist first. Write and record from the heart. The path will reveal itself if you reveal yourself first. Get vulnerable, share the songs you think you shouldn’t. Breathe into everything that makes you want to create and disregard the rest. We are artists, and lest we forget that the only goal is to make ART. The rest is none of our business.” 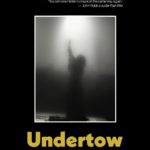 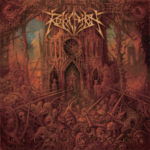