Everyone, at some point, enjoys the sound of silence. It’s why people escape to weekend cottages and load up the car for camping trips. It’s why people move out to the country. It’s why we lock ourselves in the bathroom to escape the din of shitty relatives at family gatherings. It’s why earplugs and noise-cancelling headphones exist. But the idea of complete silence is a misnomer, more so when you speak to it in the context of music; there are always layers of something humming in the background.

Back in the day, when I was searching for more of the most extreme sounds the world of extreme music had to offer, I inadvertently discovered subverting bands and outsider artists like Earth, Lull, Scorn, Coil, Robert Rich, Steve Reich, James Plotkin and Mick Harris’ Collapse album and so on and so forth. I found they worked wonders — along with the nighttime stillness of nature and the whirr of cars in the distance — in helping to put my perpetually racing mind at ease when trying to sleep. I would never go so far as to call myself a proponent of the drone, drone or ambient music, but after devouring the 300+ pages of the first book by Quietus, The Guardian, Vice and Record Collector contributor Harry Sword — major props to his parents (as well as his ability to withstand the childhood bullying he inevitably endured) if that is in fact his real name — has provided a deeper understanding of those initial attractions to the sounds of beat-less/ambient/minimalist/droning music as well as why my ear perks up at the sound of agony bags (i.e. bagpipes), sitars, hurdy gurdys and heavily distorted and lengthily sustained power chords.

At its heart, Monolithic Undertow: In Search of Sonic Oblivion (out via Third Man Books) is a book that tries to describe, decode, explain and provide a profundity of examples of the drone in its many forms. If you’ve ever laid back, ripped to the tits on life’s stress and/or some form of chemical enhancement and pondered the lines of association between the sound of the earth spinning on its axis, the din of pre-life in the womb and the resonance of caverns under the streets of Valetta and rural Pennsylvania through to Ravi Shankar ragas, Hawkwind’s prog-riddled attempts at space travel, Terry Riely’s classic “In C” and Electric Wizard’s hazy metallic drug den, then Sword has beat you to the punch.

A delightful scribe with a knack for painting theatrically vivid pictures with the written word and a thicker than average thesaurus banked in his journalistic holster, Sword attempts to put his thumb on the concept of the drone, where it turns up in everyday life, how it has inspired and motivated a laundry list of counter-cultural big wigs, musicians and artists, and how even though it’s both the sound of, say, your parents vacuuming on a Saturday morning as well as some of the most noteworthy and celebrated songs, albums and pieces in non-mainstream music history.

The book’s beginnings take the reader back thousands of years, studying the caves and chambers found under remote, modern Ireland and Malta, and their attachments to ritual and ceremonial chanting before distilling the presence of the ol’ thrum and strum throughout the history of religious and spiritual music, Indian music, jazz, New York’s downtown no-wave scene, industrial music of all stripes, the no rules communal hippy-dippy side of Krautrock, the original wave of jam band music exemplified by the Grateful Dead’s extensive meandering, the hidden layers behind balls-out proto punk, the violently anodyne lurch of doom metal and raves in which hypnotic techno and bodies shifted by synthetic drug use go hand in hand.

It’s an interesting thesis, trying to extrapolate the drone in musics both normally associated with the drone and not — despite a compelling argument, I still think unpacking and analyzing The Stooges under this microscope is a bit of a reach and giving short shrift to noise rock a massive oversight — and Sword presents copious numbers of examples of albums and artists where and how he hears the drone. As per my quibble with him including the Stooges in discussion about the drone, there’s a huge helping of subjectivity in how someone so attached to the concept of the drone seeks, hears and finds it in music as opposed to someone who’s just here for “the beat, the beat, the beat.” That the author hears it in music across the board is a stretch on one side of the coin, but a possible goalpost shift on the other. Your thoughts about the universality of the drone will be challenged, expanded, enhanced, and, as it says in one of the press quotes, you’ll never listen to music the same again. Maybe.

One frustrating aspect — or revelatory, depending on your level of curiosity and how much time you have on your hands — is how Sword throws out example after example after example. It’s insanely thorough, but so much so that to listen to, and more crucially, absorb and understand what the author is hearing contextually would take a lifetime. Granted, there are more terrible problems to have than “Oh, there’s too much music to listen to, boo-fucking-hoo!” but on the plus side, most of the entries into Sword’s drone sweepstakes are given enough background, history and informational tidbits to spark interest for those willing and wanting to do deep dives into an artist and/or their discographies. As well, he includes a number of awesome stories about Timothy Leary, Ravi Shankar, Lamont Young, Alice Coltrane, the Velvet Underground and a huge chunk of the Krautrock scene that are worth the price of admission alone.

As mentioned, Sword’s writing style is eloquently descriptive and vivid as he conjures up comparisons and metaphors that make me, a hack who has been putting sound into words for a long-ass time, envious, quite frankly. Take this description of stoner rockers Fu Manchu: “…they were 1970s iconography made flesh — a sonic celebration of dune buggies, shwag weed, ornate bongs, wide skateboards, early hardcore, stadium rock and tripping amid the dunes.” Or this, about the Butthole Surfers: “[they] were the most demented band of the 1980s. Here was all the hallucinatory slush of back streets Texas — meat sweats, drunken afternoons, granular speed, blotter acid, bathtub moonshine, prison tats, biker gang law, flickering late-night grind house movies — condensed into a greasy, screwy, ribald whole.” Gotta love it when the written word paints the perfect sonic picture.

The drone may be a tough nut of linearity to crack, but Sword unpacks it to demonstrate that its pervasive simplicity is a shared part of humanity; it’s present in all of us in different ways, shapes and forms, and we’d be good to slow down, learn about and grow from it. 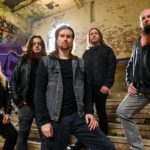 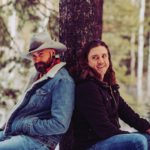