There will always be that sparring debate over which band has been the most influential in the world of hard rock. But out of the dozen or so acts that emerged from the late ’60s and early ’70s, there isn’t one that can match the grandeur and mystique of Led Zeppelin, undoubtedly one of the most-revered of that genre.

Although there are many Led Zeppelin cover bands out there, Zepparella, the all-female Zep tribute band, is like no other because of their commitment and respect for the music, as well as their indisputable talent.

A sizable crowd came out to the Sunset Strip’s legendary music venue, the Roxy Theatre, to see Zepparella play a two-hour show of classic Led Zeppelin songs, with accompaniment from two surprise guests who joined the band later in the set.

The group kicked off the show with “Good Times Bad Times” and showed their audience that they not only know their way around the mechanics of a Led Zeppelin song but they also recognize the spirit behind it. In the vein of John Bonham, drummer Clementine (aka Clem the Great) demonstrated power and precision on the skins and cymbals. Guitarist Gretchen Menn’s solo after the song’s first chorus was a screamer.

Singer Anna Kristina’s confident vocals and presence showed that she owns her position at the front of the stage. Case in point: “When the Levee Breaks.” This is a song that would falter in the absence of the powerful harmonica part that is threaded throughout, and Anna Kristina wowed the audience with her mastery of the mouth harp.

And speaking of “When the Levee Breaks,” it would be a disservice not to call out Clementine’s powerful start to the song. If you closed your eyes, you would think that you were listening to the late John Bonham. Add Holly West’s thumping bass, and it makes for one of the most solid rhythm duos in rock.

Their two-hour set was rich with Led Zeppelin radio hits along with a couple of deep cuts, such as “The Rover.” A pivotal part was when West, Anna Kristina, and Menn sat in chairs at the front of the stage and played “The Rain Song.” The mellow and reflective acoustic performance was met with appreciation and loud applause from the crowd.

More favourites followed—a three-hour show would not have been excessive since Zepparella kept the L.A. crowd engaged. The gratuitous drum solo that happens at rock shows will often become an opportune time to go get a beer. When drummer Fred Aching (BulletBoys, Dead Groove Band) got up onstage to join the band for “Whole Lotta Love,” there was a thunderous, percussive drum-off that kept the audience front and center—-a dedication to Bonzo, spotlighting the rhythmic talent of Aching, West, and Clementine.

Another special guest—renowned guitarist Angela Petrilli—took to the mandolin to play “Going to California” with Zepparella. Petrilli’s mandolin complimented West and Menn’s guitars as Anna Kristina beautifully sang the words to that ethereal ballad.

Then, Zepparella took the audience on a hard-rocking journey to the Far East and closed the show with “Kashmir.”

What was apparent throughout the set is that Anna Kristina, Gretchen, Holly, and Clementine are not Led clones (in contrast to Gary Moore’s 1989 song). Zepparella puts a tasty spin on the classics while tastefully referencing the key parts of the songs. They do it respectfully, with amazing musicianship and no small amount of moxie. For Zeppelin fans and people who want to get rocked, Zepparella is truly a must-see band! 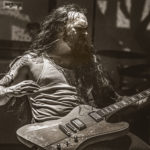 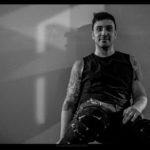