Veteran headliners Norma Jean left the room decimated in the wake of a blistering hour-long set at St. Louis venue, Red Flag, on August 27th. Just before transitioning to the second song, “[Mind over Mind],” frontman Cory Brandan proclaimed, “We are the almighty Norma Jean!” It was at that moment that the crowd knew they were in for a special night. The band’s setlist included songs expanding their catalogue. Tracks “Spearmint Revolt,” “1,000,000 Watts,” “The End of All Things Will Be Televised,” and staple to any Norma Jean show, “Memphis Will Be Laid To Rest,” were all included in the nearly perfect set.

This was the last stop on a short summer run with Nashville act Idle Threat. Opening for the almighty is a daunting task, but this Tooth & Nail-signed signed group held their own. Fusing sounds of punk, pop, emo, and metal, the Christian-faith-based band just worked as the warm-up for what was to come. Highlights included “no turning back” and “driftwood.”

As Norma Jean’s set went on, it was clear that any cobwebs from downtime during the pandemic had been completely shaken off! Sporting a three-guitar lineup, the entire performance felt like a wall of sound that kept pummeling the crowd in waves. The guys in Norma Jean are in their natural element on stage. Professionals in the truest sense of the word, they know how to keep any size crowd entertained, engaged, and, more importantly, happy. If you have a chance to catch Norma Jean in a city near you, do not sleep on the opportunity.

Norma Jean’s latest album, Deathrattle Sing For Me (check out our album review here), has just been unleashed to the world on Solid State Records. Several tracks on this album are certainly contenders to be classics in the band’s iconic song list. Be sure to pick up a copy and enjoy the brutal yet beautiful genre-defining album of the year.

All Hail the almighty Norma Jean!

Bonus: Drummer, percussionist, producer and writer Matt Putnam recently was a guest on the Vulgar Display of Podcast (follow them on Instagram and Twitter) and discussed the writing and recording of Deathrattle Sing For Me. 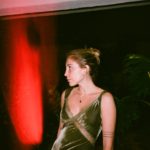 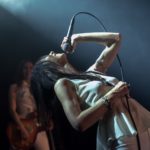