After two years of pandemic postponements, the Red Hot Chili Peppers made their triumphant return to Toronto. Five and a half years is a long time between visits, and the Rogers Centre was filled to the rafters with fans ready to sing and dance the night away. Drummer Chad Smith took the stage in a sleeveless silver jumpsuit and pounded on his giant gong to get the show rolling, with a shirtless Flea bouncing across the stage to strap on his bass and guitarist John Frusciante readying his tobacco sunburst Stratocaster wearing a black and white striped golf shirt.

They’ve been starting their shows with a solid 4:30-long intro jam to get the grooves dug, the juices flowing, and gear dialled in for a while now, and it’s a perfect way to get things moving. Frusciante didn’t take long to go straight into full low-key shredding mode as he wrestled the full range of the guitar neck into submission, getting every sweet note out of the well-worn Fender. The jam morphed into the familiar guitar intro for “Can’t Stop” as vocalist Anthony Kiedis tore onto the stage in black board shorts with a pink lightning bolt across the front and a fishnet shirt. That shirt didn’t last past the third song when he got rid of it, showing off his tattoo collection that we’ve seen on stage for nearly 40 years.

The band clearly didn’t spend the pandemic time idle. With one album, Unlimited Love, out already this year, and another, Return of the Dream Canteen, being released this October, continuing to make great music was a priority. The show production was top-notch as well. The giant stadium stage with the HD video walls was a joy to watch. The center section curved over the front of the stage floor and curved up the back and over the top. It was an immersive flowing shapes and vivid colour video experience, especially for the fans packed into the general admission pit at the front of the floor section. Two giant video walls completed the stage on either side. While the screens added to the stadium-filling power of the Peppers’ music, the band is really a stripped-down, no-nonsense rock band with a groove as deep as the Grand Canyon.

The duo of Flea and Smith offered up a thundering backbone to Kiedis’ straight ahead killer vocals and Frusciante’s epic harmonies. When Frusciante left the band for a couple of extended periods over the years, his unique contributions to the Peppers vibe were clearly absent. Even though highly skilled replacement guitarists were added to the mix and recorded albums, toured etc., the hole left in Frusciante’s spot was evident. He doesn’t just play the notes; he dances through the spaces in the music as well. It’s a gift that he has brought to the band and the fans over the years and watching him lay it out for us live again after a 13-year absence was spectacular. Flea has been stomping, jumping and absolutely dominating the bass and the stage since the beginning in 1983, and at this show, he gave us exactly that. Kiedis worked the ancient, old and new material with his signature flair, galloping around the stage and trading vocal work with Frusciante, resulting in a solid blast of dopamine for the fans.

The Peppers shows are always a two-hour feel-good experience from start to finish. They played a nice cross-section of their extensive catalogue. The band changes up the setlist at their shows, and this one was well received. “Snow ((Hey Oh)),” “Californication,” “Give it Away,” and “By The Way” were standouts on the 18-track setlist. And all four of the new tunes off Unlimited Love that they played sounded great in the cavernous Rogers Centre. It seems that any Peppers song can become a stadium-filling anthem. It was an emotional night of feel-good tunes two years late and somehow just in time!

Opening the show was multi-Grammy Award-winning artist Stephen Lee Bruner who performs as Thundercat. Standing in front of a giant open-mouth cat’s head, he wielded his wide-necked 6-string Ibanez hollow body bass through a mix of rap and R&B-inspired material. He worked the big stage very well, but seeing him in a much more intimate space would be even better. The three-piece was rounded out with Daniel Hamm on keyboards and Justin Brown on drums.

Next up on the three-band bill was The Strokes. One of the most influential and awarded bands of the early 2000s, they took the stage with the now nearly full stadium roaring their approval. Frontman Julian Casablancas seemed a bit off and distracted for most of their 11-song set, but his vocals came together well. Crowd pleasers for the night were “Last Nite,” “Someday,” and “Reptilia.” 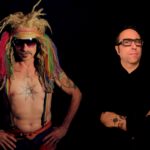 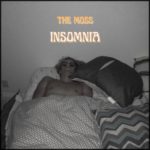