In just under two weeks time, Catton Hall in Derbyshire will be taken over by nearly 15,000 metal fans as Bloodstock Open Air returns with it’s strongest line-up yet. Topped by three incredible headliners in Behemoth, Mercyful Fate and Lamb of God, and featuring a supporting cast that includes Lorna Shore, Testament, Sleep Token, Cattle Decapitation and many more, over the next three weeks, we’re going to picking our must see bands for the weekend.

If you’re looking for a nice portion of cheese to kick off your Bloodstock, the Sophie Lancaster stage is the place to be on the Friday. Sure there will be a good selection of food vendors at Catton Hall but, if you want some really breeee then look no further than Liverpool brutal slam/grind band Crepitation who will be smiling their way through a set of slamming brie-splattered grind in the early morning slot on the Friday.

It’s been a challenging few years for Yorkshire’s Blood Youth. Following their set at Slam Dunk in 2021, vocalist Kaya Tarsus departed the band ahead of the release of their crushing third album Visions of Another Hell. Having regrouped with new vocalist Harry Rule, the band’s blend of nu-metal, hardcore and hugely personal song themes makes for a potent live show and where better to release those pent-up emotions than in the pit at Bloodstock?

Latest Release: Visions of Another Hell (2020)

Nothing better for a mid-afternoon slot than a good dose of genuine New Orleans sludge metal and there is no better band to give you that fix than the masters themselves Eyehategod. Veterans of the sludge metal scene, their visits to the UK are rarer than rocking horse shit so make the most of your chance to catch one of the godfathers of the sludge scene when they arrive at Catton Hall.

Over the past few years the UK underground has been spitting out some absolutely seething new bands with Heriot being one of them. Ferocious live shows and a mix of chaotic hardcore, industrial grind, and venom-spitting vocals have turned Heriot into one of the most exciting bands on the current underground circuit. You’d be a fool to miss their set.

Crossover thrashers Guilt Trip are sure to bring plenty of pit-ready anthems when they make the fairly short trip from Manchester to Bloodstock. Supporting their raging Rain City EP, the band pack elements from classic thrash to modern hardcore into each of their explosive tracks so, when the band hit the stage on the Sunday, expect the pit in the Sophie Lancaster stage to go off!

They may have only been around a couple of years but Cage Fight’s set promises to be one packed with classic hardcore fury. By their own admission, the band is a nostalgic tribute to bands like Agnostic Front and Biohazard which, when coupled with themes of frustration and anger, makes for a potent end product.

Replacing Soen on the Sunday evening is Strigoi, the Gregor Mackintosh led death/doom project who will be bringing their raw, old-school inspired brutality to the Sophie stage. With over 30 years as a member of one of the most inspiring doom/death metal bands of the scene Paradise Lost, it comes as no surprise that Strigoi are a band packed with quality so expect their set to be an epic experience.

Imagine what the soundtrack would be like to having the shit kicked out of you in some dark back alley and it would probably be something like the kind of hellish noise Mastiff spit out. A building-flattening cocktail of brutal metal, disgusting sludge and bile-drenched vocals combine to make one ugly wall of filth. Your Saturday mornings will never again start in a more miserable way.

Ending a cracking day of bands on the Friday is British masked rock collective Sleep Token. Always bringing a jaw-dropping show to any festival they play, the mysterious rockers will surely put on a magical sermon for fans who have waited around for the late evening headline set on the Friday. If you haven’t fallen under their spell yet, make sure you rectify that on August 12th.

Latest Release: This Place Will Become Your Tomb (2021)

Look out for our pick of the New Blood Stage next week and if you need more information on Bloodstock then visit the Official Bloodstock Website. 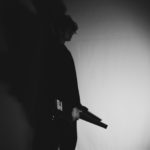 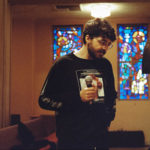