The trio consists of former members of Magdalene, Super Sonic Dragon Wagon, Gunfighter, and G13, and on the new single, according to a recent press release ”this heavy, yet melodic So Cal trio bring the stoney vibes. Best to sing at the top of your lungs as you speed down the highway. ‘Where’d You Go?’ echoes the best that Queens Of The Stone Age, Kyuss, Fu Manchu and Monster Magnet have to offer!” 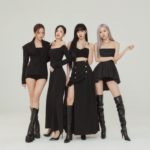 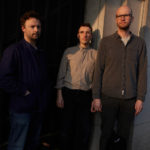