Joining Lundberg this week is the widely respected singer-songwriter Matt North. Raised in Michigan, and now situated in Nashville, Tennessee, North has a lot of American heritage and history to draw from in his songwriting. He just released his second solo album Bullies In The Backyard this past February, ten songs written at an interesting time in North’s life. Until the decision was handed down recently, North had been caught up in the midst of a seven-year lawsuit his family had filed against the Nashville Public School system, as a result of violations of and discrimination against his son’s special needs. The Federal Court ruled in North’s family’s favour and the verdict has set an important precedent for other American families in similar situations with special needs children.

With no prospect of live performing thanks to the pandemic lockdown, North found work at a local Home Depot to help support his family, all the while he wrote and recorded Bullies In The Backyard at his home studio. He wasn’t all that enthused by having to sell appliances, but he did what he had to do to provide for his family and preserve his songwriting career. It’s an interesting album written at an interesting time in an artist’s life, with his back against the wall, and music his outlet to express his thoughts, feelings, and frustrations.

Commenting on his conversation with North, Lundberg tells us:

“My conversation with singer songwriter Matt North started out by talking about the downward trends in the market that day, followed by his fascinating journey from the Midwest, to Texas, to Illinois, then onward to San Francisco, with a stint in LA as a TV writer and a comedian at one point. All the while propelled by his love of music and writing.

“But that day I spoke to him in his home studio in Nashville where he’s enjoyed the comfort of family and a town vibrant with music. And of course we touch upon his most recent album Bullies In The Backyard which has been out since February 11th this year respectively.” 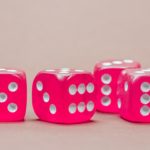 Everything You Need To Know About AU Gambling And Taxes 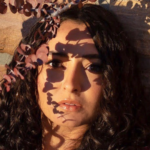