Singer-songwriter Nilka allows listeners a glimpse into her relationship on her newest release “Poured Out,” released on July 1st. Inspired by her relationship with her husband, “Poured Out” is a dream-pop ballad that encourages continual emotional support and sacrificial love. She explains that as a paramedic, her husband must take on an incredible amount of stress and is able to thrive in the environment. Nevertheless, at a point when he was working full-time and trying to complete a Bachelor’s degree, it was once too much for him.

“Without telling me how overwhelmed he was, he stopped submitting any work for the class until he failed it and went into his own self-shaming bubble,” she says. The subjugation of his own internal shame manifested itself into an outward expression of anger and judgment, Nilka explains. “It was so unlike him, but he didn’t know how else to communicate his shame and feelings because he rarely would get that stressed out.”

A learning experience for both parties, Nilka found that the situation only reminded her “how human [her] husband is.” Using that as the basis for “Poured Out,” she sings, “I know your heart’s a little shaken, and now you feel like no one understands it. But if you’ll trust in me I’m here to listen. I won’t let you go, no, you don’t have to face this on your own.”

Steeped in ethereal melodies and stacked harmonies, “Poured Out” builds slowly and uses compounding elements in order to sweep listeners into the passion that Nilka intends to convey. For most of the song, there is a point of stress in which it feels as if there’s going to be a release, but it isn’t until the chorus is sung a second time that the hi-hats are complimented by a soul-infused bass-driven beat. This seems to mirror the theme of the song, as the layers of the song seem to peel back with each verse and production element that’s added.

Nilka digs deep into her soul-pop roots in order to communicate the love she’s promised to her significant other. “It’s easy to think we know a person when we are with them long enough, but the truth is that we don’t know 100% what is going on in their mind,” she says. “I wrote this song to be a reminder of how deep sacrificial love goes. It doesn’t give up on anyone.” 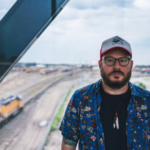