While millions across the UK will be out celebrating the Jubilee in one way or another, tens of thousands of pop-punk, alternative and rock music lovers will be heading to Temple Newsam in Leeds and Hatfield Park in Hatfield for the return of the 2022 edition of Slam Dunk Festival.

Headlined by pop-punk heavy-hitters like Sum 41 and Neck Deep along with a host of acts running the gamut of alternative music. From the hardcore punk of Cancer Bats and The Bronx to the modern-day sounds of Lil Lotus and Kenny Hoopla, there really is something for everyone. That being said, we’ve given up trying to plan our schedule and are just going to go with the flow but have picked out six bands we think should definitely be on your radar if you’re in Leeds or Hatfield this weekend. If you are, we’ll see you down the front!

Need something to kickstart your Slam Dunk Festival? Well, US pop-punk trio Meet Me @ The Altar are surely going to be worth getting down early doors for. Having already blitzed the UK supporting All Time Low, the colourful pop-punk three-piece are ready to drop their debut album through Rayman Records later this year and with a raft of other festivals and gigs to follow this one, make sure you’re there nice and early to catch the brilliant Edith Johnson and Co rocking the Rock Scene Stage.

If you’re a Slam Dunk regular, Los Angeles ska-punk favourites The Interrupters should already be on your radar. A regular of UK festivals in recent years, the band were last at Slam Dunk in 2019 when the band rocked the life out of the Punk in Drublic Stage. Well, this time, Aimee Allen and co have been bumped up the bill to a much-deserved higher slot on the Dickies Stage so, you know the time, you know the place, if you want to spend forty-five minutes in the company of one of the finest ska bands around, you know where to be.

Now, while the Slam Dunk line-up always leans heavily toward the pop-punk side of things, you can’t ever accuse the organiser of not dishing up some quality heaviness. 2022 is no different with the Jagermeister Stage offering up a nice forty-minute slice of face-pummelling metalcore from Queensland heavyweights The Amity Affliction. Although supporting their awesome Somewhere Beyond The Blue EP, expecting a set chock full of pit-friendly maulers from the Aussie shredders teeth-rattling catalogue. One thing is for sure, it’s going to get heavy and the pit is going to get messy.

Australian pop-punk band Yours Truly are rapidly becoming one of the hottest bands on the planet. Formed in the sunshine of Sydney in 2016, the band are set to drop a new EP later this year through UNFD Records. Having already rocked the UK supporting Against The Current earlier this year you should know that, no matter what the weather brings, these Aussie pop-punk kids will come armed with an array of tunes that will fill the Slam Dunk field with sunshine and smiles.

California quartet Mom Jeans have talked about growing up listening to the likes of Green Day, Blink 182 and Foo Fighters so if you want a dose of classic pop-punk tinged alternative rock, then head over to the Key Club Stage Right in the early evening to catch Eric Butler and his bandmates taking the Slam Dunk crowd on a nostalgic pop-punk trip. Just make sure that, should you join the band for their set, you’ve saved up enough energy for what will be one of the most singalong-packed sets of the day.

It was hard to pick out a choice for the first band of the day but, after much deliberation and plenty of replays on Spotify, we decided that the honour was going to be given to Baltimore quartet Pinkshift. By the time the pop-punk crew arrive on-site at Slam Dunk for their Key Club Left set, they should already be warmed up after a couple of intimate headline gigs. That being the case, if you thought Slam Dunk was going to ease you into the day, think again. By picking a band like Pinkshift to kick things off, organisers are definitely making sure this years event starts in explosive fashion.

Slam Dunk takes place at Temple Newsam in Leeds on June 3rd, 2022 and Hatfield Park in Hatfield on June 4th, 2022. For all the latest ticket info and line-up details head over to the Official Slam Dunk Website. 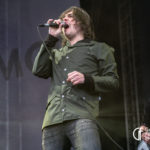 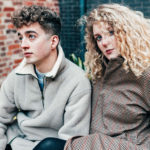