Considering the musical pedigrees of the duo responsible for Final Light, namely Perturbator’s James Kent and Cult of Luna’s Johannes Persson, it’s understandable that a high standard would be expected from a collaboration between such well-established musicians. And, I am grateful to say, that standard is delivered – pristine production values, dynamic arrangements and compelling atmospheres abound on their self-titled debut: an album that was originally intended as a single track.

But – and it’s a really big but – I can’t help but feel I haven’t quite received all I hoped for. At first, I couldn’t quantify why I felt this way, but even with repeated exposure, the feeling of something missing wouldn’t dissipate. Until it finally hit me: soaring synthesizers, relentless rhythms and visceral vocals… Final Light is not the entirely new direction I was salivating over when reading the press release, it’s just a reimagining of industrial music. And not even ‘classic’ industrial: while similarities with the likes of genre stalwarts such as Frontline Assembly’s layered electronics or Nitzer Ebb’s percussive sensibilities are unmistakable, the overall result is closer to early-2000s classics like In Strict Confidence or, even more recently, Author & Punisher. So at first glance, Final Light is a bit of a nostalgia trip rendered in a contemporary palette, paying homage while still contemplating all manner of cybernetic futures.

The title track’s official video may look like NFT legend Beeple’s wet dream, but the dystopian vision fits like a glove.

Don’t get me wrong, this is not a denigration of Final Light or the masterminds behind it. It’s just a surprise: given the massive variety of electronic styles in Perturbator’s discography or the early adoption of a post-metal style by Cult of Luna, I was secretly hoping for something a touch more avant-garde. In their defence, however, I will qualify my previous observation further, saying that Final Light doesn’t reinvent the wheel, just add a new iteration to the accepted design. Take the opening track, “Nothing Will Bear Your Name,” for instance – where textured, evocative electronica gives way with zero warning to an unforgiving vocal assault overlaid on a more ‘metal’ foundation, shattering not only eardrums but preconceptions, too.

A far less divisive (and disruptive) composition, follow-up “In the Void” is a much more traditional arrangement, despite its nine-and-a-quarter minute length. Fewer surprises in terms of shifts in pace and mood, but the deft touch displayed in the melding of synthetic and analog instruments, or even synthwave and metal styles if you prefer, is a welcome and inspiring added extra. The filthy, sleazy bass melded with crushing guitar work may not be a novel approach (I’m looking at you, Combichrist) but the result feels so natural that it is hard to conceive that these two artists have not collaborated before. It speaks to a mutual respect both for the other musician and their chosen style, further eliminating outdated stereotypes of extreme musicians as antisocial misanthropes and gatekeeping elitists.

The first single visualizer released is dark, evocative and unsettling – exactly like the music.

The overwhelming impression of Final Light is also very much in keeping with more traditional industrial attitudes, too: the clanging, dissonant soundtrack to Gen-X dissatisfaction rears its ugly head in the distilled rage that colors Final Light from start to finish. Even more ‘gentle’ offerings, like “The Fall of a Giant” barely hide repressed violence behind the merest membranes of soft keys – and the unrestrained virulence of Johaness’ vocal delivery on top of that dispels any doubts as to the nihilism that underlies the musical expression.

The consequence of all this rage being unleashed is hopefully a positive one, though. Musical expression, especially of such an extreme nature, is almost always a cathartic experience for both viewer and audience; and, given the pent-up venom the quarantines of the past couple of years have imposed on both parties we can only hope that Final Light lances this wound and expels the muck festering within. What started as a Roadburn-specific experiment in collaboration may have evolved far beyond the wildest imaginings of festival director Walter Hoeijmakers, becoming a fresh interpretation of a slowly disappearing musical genre, but it really should not be seen only as such. Sure, the musical impression may speak ‘post-industrial 2.0’ but the emotional impact goes so far beyond that, speaking to such a wide audience that Final Light should really be celebrated for reminding us all of the importance of music, art and creativity in addressing the many wrongs of the world. 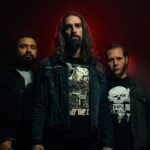 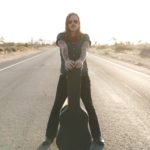