Go on Rotten Tomatoes, IMDB, or any other review aggregator of television for Pistol, the new mini-series directed by Danny Boyle about the Sex Pistols, and you’ll notice a widely disappointing response to the show. Critics have been particularly harsh with the series, calling it “mismanaged nostalgia,” and “an overly sentimental love letter that should never have been sent.” Audience responses haven’t been much better, including one response which took a shot at the direction, saying it was “full of Boyle energy, signifying nothing.”

Having already watched and thoroughly enjoyed the series, I felt like I was taking crazy pills at seeing all of what I regarded as an unfairly negative criticism of the show. So, now I’m going to explain why I think everyone who has hated Pistol is wrong.

Before actually getting into the show itself, a note about the subject of the series. One comment pointed out this wasn’t a worthwhile venture in the first place because it’s about the “worst band in the world.” Fear not, reader: I’ve already contacted Missing The Point University and nominated them for an honorary degree. Literally no one thinks the band was good technically or aesthetically (unless they had only just crawled out from under a rock) and that was exactly the point. From the outset, Sex Pistols were an exercise in subversion, and for our primitive ’70s rebels, doing (mostly) everything the opposite of what was in good taste was the whole objective. So no one is (or even should be) arguing that they were the best or worst – they were an experiment in subverting tastes and norms.

In judging the effectiveness of the show, I’m going to look at its constituent parts: the acting, the directing, the production, and most importantly, the writing (zero bias there, clearly).

I’m pleased to see little to no criticism of the actual acting, and that’s as it should be. Toby Wallace, Sydney Chandler, and Anson Boon absolutely disappear into their roles as Jones, Hynde, and Rotten respectively (Boon’s portrayal, in particular, was a wonder to behold for me, the hunched, bug-eyed vehemence framing his vitriol a wonderfully honest homage to the infamous attitude of his character). And more notable stars whose presence would threaten to distract the viewer, specifically Maisie Williams and Thomas Brodie-Sangster, instead end up giving riveting and welcome performances.

The one major criticism I could find of any of the players was Louis Partridge’s depiction of Sid Vicious, comparing it to Neil from The Inbetweeners. To this, I ask: have you ever seen an interview with Vicious? He was literally the most vacuous element of the entire affair; and that. was. the. point. my dude. This was already covered in the series, about his appearance, and not his playing or politics, that garnered him his spot in the band. By any measure, Vicious was a piece of shit, and so the series and actor’s depiction of him remained faithful.

To the point of acting, one critic called the series “six hours of punk cosplaying,” which I find particularly revealing. Has that critic ever been to a punk show? Do they have the first idea of what it means to be punk? Punk is cosplay. It is to safety pins as goth is to fishnets: an excuse to sport them. Yes, these subcultures carry ideologies with them, but I think most people can agree these were generally misguided reactionary approaches to the culture at the time at best. At worst, it brought about some pretty heinous behaviour (as demonstrated with, again, literally anything Sid does in the show). To its credit, the show doesn’t try to glorify it, it merely shows it in the style that was synonymous with the genre.

The management of these actors, the visual style of the proceedings, the choices around the written material: these are the choices of the director. And who is better suited to the task than Danny Boyle? The man directed the ’90s punk’s criterion collection classic, Trainspotting. Even accepting the criticism of him in recent years that Trainspotting 2 is proof of a detachment from these downtrodden roots, Boyle has never lost his flair for the visually arresting. And sure enough, the series is a veritable collage of more eye-bending visual styles one could ever hope to expect from Boyle. The accusation that it all “signifies nothing” misses its mark, because Boyle is treating the Pistols with the same mindset the Pistols operated from; aesthetics first, then the rest. Boyle’s pastiche of collected visual references and frantic pacing of editing mirror the energy of the subject matter and setting.

The dramatization is interspersed with actual documentary footage of working-class Londoners and locales, offering up a compelling setting in which the narrative unfolds. In some ways, this gives the audience the best way to experience the sound and fury of the story of Sex Pistols, by offering a stark reality under the veneer of adaptation. In terms of scene setting, the references to various artists and locales in the ride through the narrative, from Bowie to Gainsbourg to Hendrix, round out the production for the viewer.

The acting, directing, production, and editing are all largely suited to the subject. So how is it all written? Many critics have pointed to the use of musical doc tropes, such as contrived scenes to enable landmark moments to be hashed out. On that point, I will concede that one of the ending scenes is woefully contrived: specifically, the one between Lydon and Jones, sitting on the stairs that Vicious traversed in “The Great Rock n’ Roll Swindle.” I understand the reason for its inclusion, as it’s trying to act as a stopgap for a few outstanding narrative questions, including how Jones and Lydon felt about each other afterward, what the impact of the Pistols would end up being, and how things generally ended for that specific era of punk. “We’ll always have Huddersfield,” rings hollow, especially after the uncharacteristic concern Lydon expresses for Jones’ drug use (and feels especially unlikely given his betrayal of Lydon).

The alternative, of course, would have been further exposition about the remaining impact and lasting legacy of the band, which the series eschewed in favour of the snapshot of the band performing for kids of striking firefighters in Huddersfield on Christmas Day. But this is a catch-22: some critics have already accused the series of being indulgently long. However, leaving it with that scene between Lydon and Jones just serves as a sour note on what I regard as an otherwise enjoyable and robust exploration of the impact and implosion of Sex Pistols.

But these quibbles aside, I think the direction that the writing and exposition took was logical, given the source material. Since it’s based on guitarist Steve Jones’ book “Lonely Boy: Tales From A Sex Pistol,” the series starts off with his character. At the outset we meet Jones as a pimply-faced, working-class youth, stealing gear for his own band he’s trying to get off the ground, earning him the moniker the ‘Phantom of the Odeon.’ His struggle to get to grips with trauma leads him to SEX, run by Westwood, along with the ensuing cast of characters, notably a strong female cast. It’s worth noting that these were women who were previously underrepresented in all tales of the Pistols, and so their inclusion is a welcome addition. We also see how their influence made stunning impacts on the shape of the band and their output, whether it’s in encouraging, cajoling, or otherwise aiding and abetting the members (and manager) of the band.

One critic bemoaned the pacing of the series, explaining that every major moment of the band is covered as if it was a Wikipedia article. However, I would only see this as a negative if it was the only thing that the show did. But it dives deeper into representations of the turmoil and sniping that made the band so dysfunctional and eclectic and resulted in their eventual demise. It contrives and dramatizes what we as an audience wouldn’t be able to ‘see’ if it was just a documentary – instead, we are treated to scenes that are offered up as a balance of probabilities, given the facts that were known, coupled with the attitudes and behaviours of the personalities involved.

I say Pistol is a triumph for anyone who is looking for a comprehensive documentation of the band’s history and its members. Speaking as someone who has been involved in some seriously dysfunctional bands/outfits, the show offers a very believable representation of the types of dynamics between its members. And speaking as a fan of all things punk, I think the series managed to exhibit the sort of ferociousness of the period, the band, and the kind of aesthetics that made punk such a staying force in culture. 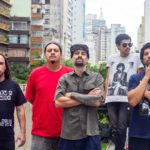 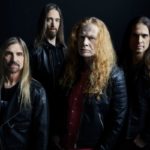