“We didn’t really have a vision for this album,” explains Alexander Jones vocalist for New York death metal maulers Undeath. “We knew the stuff that we liked on the first record and just doubled-down on that to create the best Undeath record we could make.”

Talking to the frontman ahead of the release of It’s Time… To Rise From The Grave, it’s fair to say that the frontman is pretty relaxed given that his band is about to release one of the most anticipated modern death metal albums of the last few years.

Now, anyone who has listened to the album, or its predecessor, the equally filthy Lesions of a Different Kind, will be well-versed in the New York band’s knack for writing straight-to-the-point hooky death metal. It’s those blood-soaked hooks which have seen Undeath’s songwriting compared to those songwriters of a more pop-orientated persuasion.

Surprising as it may seem, Jones doesn’t dismiss the idea admitting “we take a lot of inspiration from pop sensibilities in a way. The song structure is classic verse, chorus, verse, chorus and there is a reason that this formula for memorable songs has been tried and true for half a century… it works.”

Of course, with track titles like “Necrobionics” and “Head Splattered in Seven Ways,” it doesn’t come as a shock when talk turns to more extreme influences.

“Corpsegrinder-era Cannibal Corpse, Vile, Gallery of Suicide those are huge inspirations,” explains the frontman before revealing, “the favourite record for everybody in the band is Heartwork by Carcass. If you listen to our record, I feel you will pick up on a lot of the same elements, every song has at least one riff that is the money maker riff.”

Continuing on the theme of influences the frontman reveals “me and Kyle (Beam, Guitarist) specifically listen to a tonne of Judas Priest and the classic NWOBHM stuff. We’re also big Amon Amarth fans since With Oden On Our Side, that band has just written hit after hit in terms of fun, catchy, memorable metal songs. A band like that or Judas Priest are the bands I listen to most especially when we’re really drunk.”

“I was 13 or 14 and I liked punk bands like Minor Threat and Black Flag. I couldn’t do the fully-screamed vocals. It was kinda scary to me.”

Now, even hardened death metal fans had to start somewhere so talk turns to Jones’ gateway into the death metal scene.

“When I was getting really into music, like more underground, obscure stuff, I spent a lot of time on blogs trawling the internet looking for music,” reveals Jones. “I’m talking like 13-14 years old here but I liked more entry-level punk bands like Minor Threat and Black Flag along with more standard metal bands. I couldn’t do the fully-screamed vocals though. It was kinda scary to me.”

“I remember more than once hearing Converge and his vocals being so harsh all the time. I was like I’m not ready for this…”

“The one record that made a huge impression on me was Blackwater Park by Opeth,” reveals the frontman continuing, “I was really into Tool and I had a buddy at High School who burned me a CD of Opeth and I loved it. I was hooked. I think he also burned me a Between The Buried And Me album at the same time?”

Talk turns to the band being labelled as one of the forerunners for the new breed of death metal and I wonder if the vocalist thinks death metal will see another period of popularity similar to the one which saw Sony Records pick up bands like Morbid Angel and Carcass?

“I think the reason why bands like Morbid Angel and Carcass got picked up was that the label saw a sales opportunity,” says Jones, “Nowadays though, physical music sales are a shadow of what they once were. What these labels are trading in is not sales opportunities, it’s opportunities for bands to go viral and have internet moments on TikTok.”

As for ambitions for his own band, the vocalist reveals “I want to take this as far as I can but do it in a way that is smart. I have lofty goals and ambitions but I want to get there in a smart way.”

Jones continues “I want to enjoy things as they happen because I think what is happening with our band is very cool and very exciting. I don’t want to spend all my time thinking about what’s next. I just want to have fun while it is happening.”

It’s Time… To Rise From The Grave is out now through Prosthetic Records and you can pick up your copy from here. 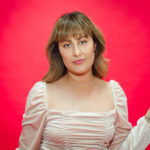