It is a day of revelation today for Ziggy D’Amato. Not just because it marks the first listen of his debut album, Rehearted, but also because of what he’s set to reveal about himself. The Cleveland-based D’Amato has wasted no time in bearing all with this collection of five tracks that combine clever pop melodies, tinges of electronica, classic 1970s guitar solos, and unapologetically extravagant choruses.

The songs combine to pontificate on the feeling of falling in love after many years spent accumulating a beaten and broken heart. It’s an interesting time to be going through such experiences, because of the contrast between excitement and vulnerability, where you’re ready to get lost in the moment, but still weary of what horrible things could lie ahead if you’re not cautious in your actions.

Explaining the context of his new EP, D’Amato tells us:

“Rehearted is a collection of love songs exploring the uplifting and dark aspects of falling in love. Written and recorded in the early month of 2021, I shut myself in my chilly unheated practice space in Cleveland and worked on these five songs among several others. Anticipating a less-than-ideal ending to this love story, I poured all my hopes, anxieties, and personality into these songs. Easily the most personal and straight forward songwriting I’ve ever done in my life. The result being an embarrassing, confessional, funny and beautifully honest collection of catchy pop songs.”

Impressively, D’Amato played all of the instruments in the recording of Rehearted. That includes vocals, guitars, bass, drums, piano, synth, banjo, and other associated percussions. He also produced, recorded, and mixed the entire thing himself. It’s not as if he’s some sort of control freak; he was just a little too short on patience to wait for session musicians to come in and assist. That’s ok, though, because that personal touch is what makes this EP unique. For something so close to his heart, it seems only fitting that D’Amato would take care of all aspects of the songs’ production, from start to finish.

This journey for him began at the age of eight when he started to try to figure out how to write songs. At twelve, he had formed his first band, and now many years later, he’s just where he always wanted to be; letting the music guide him on his journey of life. 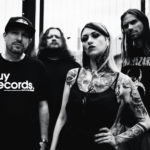 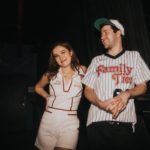