Metal takes itself very seriously, indeed. But, to its credit, it also knows how to laugh at itself: long and loud, like a DragonForce solo. No matter how many bullets in the belt or how tight the spandex, how long the hair or how patched the denim vest, metalheads retain the unique ability to be grimmer than a Finnish winter yet, at the same time, have their tongues jammed so far in their cheeks that it’s a wonder they aren’t poking out their ears.

Take, as case in point, Adam Wakeman (Ozzy Osbourne’s keyboardist) and his alter ego, Milton Keanes, the mastermind behind Jazz Sabbath: supposedly the progenitors and original composers of so many of the hits that a certain unnamed Birmingham-based outfit “stole” in the 1970s… Coupled with a number of massive (and probably easily avoided) errors, like a live session scheduled on the same day as Live Aid, it’s little wonder that Jazz Sabbath aren’t quite as famous as they should be, despite their 2020 eponymous debut clearly providing evidence that they deserve it.

This interview with founder, Milton Keanes, spills all the juicy beans.

The trio’s smooth, soft stylings are finally unveiled (after 52 years) and the results are, not to put too fine a point on it… familiar. But not quite as blatantly so as renowned lounge cover artist, Richard Cheese: the melody might be similar, the key is what you may know – but the result is nothing like the metal pioneers you’re already so familiar with. Gentle, soothing, yet eminently toe-tapping, Jazz Sabbath’s versions of “Paranoid” or “Symptom of the Universe” showcase one inescapable fact: a well-composed piece of music can be effectively arranged for practically any instrumentation, grouping or style and still retain its original flavour. Even these headbanging classics take on new (or should that be old?) life, dripping with more groove and swing than you’d ever expect.

The winner for me, though, is “N.I.B.” Not only for its staccato piano stabs leading the pack, but for the brushed, resonant percussion elevating what us ill-advised and ignorant audiences know as a love song about the devil and his goatee into a convincingly romantic soundtrack. Also, as one of the few recordings on the album to actually feature guitar, the lead treatment is so, so different from what you’d expect. And that goes without mentioning its segue into that sleazy clarinet… all in all, this is one sexy piece of music.

This is followed in no short order by the “song that other band so blatantly named themselves after,” in Jazz Sabbath’s words: “Black Sabbath.” And where prior numbers tend towards the laid back, this is a far more dynamic arrangement: soaring highs and lows, beginning with simple minor chords, passionately hammered out, but shifting movement by movement, like a small-scale concerto led by Keanes’s dexterous keys, always underscored by stirring, yet sensitive brass and rhythm work.

So suspend your assumptions for a moment, mute your preconceptions and dive right into a tranquil, finger-snapping journey through Birmingham’s late-’60s jazz scene. You definitely won’t be disappointed: this record is worth a 52-year wait. 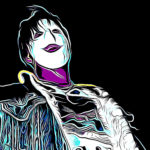 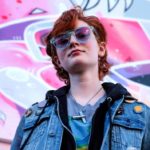