The stars have aligned in perfect synergy for the debut of AP Tobler’s brand new music video for their latest single “Eclipse.” This is a riff-tastic display from a young rock n’ roll protégé, taking the influences and sounds of the past and serving them up to a new generation. There’s no mistaking why Tobler has been referred to as a “grunge poet.” Have you heard the guitar licks and production on “Eclipse?”

Despite the grunge generation being well before their time, they respectfully harness those influences and put them into practice arguably better than those who are old enough to have grown up with Nirvana, Pearl Jam, and the like. The song itself deals with personal experiences that Tobler has had, dealing with anxiety and depression, and it features a pretty fantastic video for a production that was something of a family affair!

Here to explain is Tobler who shares within us:

“The video for ‘Eclipse’ was filmed as a family project. It is directed and filmed by my dad while my mom and brother assist with video artwork, concepts, and filming locations. ‘Eclipse’ is about the struggle of not being able to let go of past trauma. The song explores deep, often distracting, feelings and we used disorienting and warping imagery to represent the struggle to gain clarity.

“Images of ‘Blunt Force’ (B-side) are blended into the video to tie the stories together. The core imagery is based off the album cover and was shot close to my home in San Jose, California. The video is more artistic and abstract and I hope it conveys a deeper meaning to the song.”

As a musician, AP, or Annapurna, is characterized by their exceptional guitar talents, and ability to deal with serious topics in their music in a way that feels relatable. It’s been quite the road to get here for the young artist, who first discovered the drums at age eight. Through their teenage years, Tobler further explored the sound and stylings of grunge, hard rock, metal, and jazz, diversifying their musical interests, while learning how to play guitar and bass in different, dynamic ways. They first began recording original songs in 2018, and has released five singles, as well as an EP.

While not writing and recording their own music, Tobler can be found drumming professionally for local California bands, as well as with the highly regarded Street Drum Corps. They may be young, but there’s no lack of experience on Tobler’s part. This is a musician who’s ready to go places. 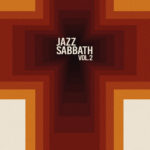