Ambitious in nature and completely unrestrained, Uma Bloo can’t help but impress on their brand new single “Marguerite’s Novels.” The song is the first offering to come from their upcoming album Don’t Drive Into the Smoke, due for release on March 23rd via Earth Libraries.

Previously the solo creation of frontwoman Molly Madden, Uma Bloo has since become a fully realized band, energized by the singer’s candid lyrics and a form of dramatic, burlesque-influenced stage performance that is both inviting and highly captivating. Recorded in just three days at Chicago’s JAMDEK Studio, Don’t Drive Into the Smoke flourishes in its haunting urgency that combines classic art-rock tendencies, a la The Velvet Underground, with a theatrical flavour, motivated by Madden and her background in theatre and the performing arts.

“It may just be the name, but it is absolutely not a misnomer. This song is the sonic equivalent of finding a dusty book, unearthing it for the first time in 30 years. You used to love this book and fall into a romantic sense of nostalgia upon reading the opening paragraph. The verses and their staccato instrumentation are reminiscent of a plucked string section, conjuring up images of Victorian times, a time where you could only read the novel by candlelight. The final outro of the song, the most passionate and intense affair on the album, strikes a tear as it falls onto the yellowing pages.

“The death of anything (a body, a relationship, a career, a core belief, etc) is nothing to fear. Death isn’t something we fully understand, but at least within the realm of the living endings aren’t anything but a catalyst for transformation.”

Poetic in nature and intensely personal, the lyrics on Don’t Drive Into the Smoke were heavily inspired by the frustrations brought on by mismatched and flawed relationships. In fact, some of the songs on the record were written as far back as Madden’s late teen years, shortly after she had decided to leave behind the strict, conservative, and religious upbringing of her youth. To escape those realities, she moved to Chicago where she would be more fully immersed in a multicultural city where she could explore her artistic side and not be concerned with how it was going to be judged by others. Her artistic emotions did not fit in with her family’s values, and she has used Don’t Drive Into the Smoke as a platform to explore herself and who she is as an individual.

There’s a darkness within these songs brought on by her youth living in a Catholic family, and the songs largely focus on processing loss, and unpacking the ideals of an unattainable life she once desired. This is an artist’s artist’s album, one that will be widely appreciated for its originality, as well as its unabashed honesty. 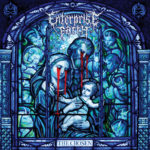 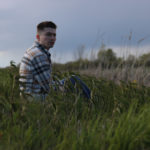