At the back end of 2021, Knoxville metallers Whitechapel stepped further away from their deathcore/death metal roots with their stunning new album Kin leaving behind them a massive gap. Thankfully, it’s a gap that can be filled quite easily by Washington’s modern death metal troop Enterprise Earth who comes steaming into the New Year with their crushing new album, The Chosen.

A multi-layered affair, The Chosen has everything you could want from a modern-day death metal album. Following on from their critically-acclaimed 2019 effort, Luciferous, this 14-track effort is a massive statement of intent from the Washington outfit. Swinging through the deathcore/death metal scene with their complex, dramatic sound, the likes of “Reanimate // Disintegrate” and “They Have No Honor” take a blueprint used by the likes of Whitechapel and Lamb of God and bring it screaming and kicking into 2022. Packed with bone-crunching breakdowns and neck-snapping grooves, The Chosen is absolutely packed to the brim with utter face-peelers like “Legends Never Die,” each one laced with Dan Pearson’s unhealthy mix of harsh and guttural roars.

However, what makes The Chosen such a riveting listen is its depth. From the use of atmospheric “The Tower” interludes to cleaner moments during tracks like “Where Dreams Are Broken” to the dramatic atmosphere smoking away throughout the stunning “Legends Never Die,” Enterprise Earth are clearly going to be a band pushing the boundaries of death metal in 2022 and beyond. If you need further evidence, look no further than the eight-and-a-half-minute title track where the group really let loose with a swirling, jarring mix of blastbeats, slower, progressive passages, and epic, galloping runs. Essentially, in about eight minutes, the Washington bruisers have summed up everything fantastic about this record.

Barely two weeks into 2022 and we already find ourselves in the presence of a band who are redrawing the battlelines. Is it too early to say that, in The Chosen, Enterprise Earth has made sure they’re going to be hard to topple from the top of the pack? Of course, with twelve more months ahead of us knowing anything could happen, it would be naïve to write off the rest of the pack over the next year. However, listening to Enterprise Earth unleash hell with this early effort, it should have extreme metal fans anticipating a very exciting year ahead if an album of the quality of The Chosen is the pacesetter. 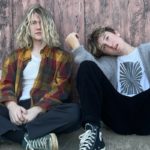 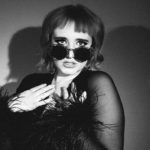