Carpenter Brut is back with more of their famous synthwave attack! The French artist has unveiled a new single and music video and confirmed the new album, Leather Terror. Due on April 1st via Universal Music, Leather Terror is lea by the synthrock single “Imaginary Fire” which features vocals from Greg Puciato (The Dillinger Escape Plan, Killer Be Killed, The Black Queen)—check it out below, along with the Dehn Sora-directed-video.

Commenting on his work on the single, Greg shares:

“I’m really proud of this one, happy to cross these musical paths. I love how the video turned out too. Lyrically the song is pretty to the point. Two people frustratingly trying to get rid of their fears and their made-up bullshit so they can move forward, together or separate, free of outcome.”

“After spending much of 2018 touring, I had decided to take a long break to compose the new album of the trilogy. The pandemic confirmed that my choice to stay home was the right one. I ended up taking over a year and a half to compose this album. I made a lot of decisions with the time I had that I wouldn’t have had time to make if the pandemic hadn’t happened.

“I wanted to make the whole thing as massive as possible. There is no guitar on this album. I did everything with synths. Even though I didn’t know exactly how I wanted the album to sound at first, I knew I wanted it to be massive and violent.” 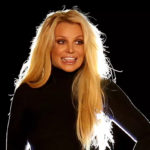 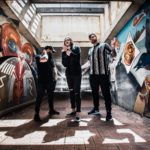