Following the release of the track “When We Collided”, alt-folk artist Lasse Matthiessen gained some serious attention with radio waves and concert organizers resulting in the highly catchy track earning more than 890,000 streams with its folky DNA long regarded as his signature sound among bookers, colleagues and newcomers.

However, over the last eighteen months, time has afforded Matthiessen the opportunity to take a trip back in time down memory lane resulting in a bold, new direction showcased on his just-released new EP, Coordinates Remain.

See what you make of his new direction here:

Providing the inspiration for the EP, the trip that took him past his old school in Copenhagen, where he sang in Copenhagen’s Boys’ Choir, to his home in the middle of the now Copenhagen hipster paradise “Nørrebro”, where he grew up and beat his first drum set – powered his first guitar. To Germany, Switzerland and Austria, where he, as a frequently touring musician, has built up a large and loyal concert audience over the past years.

Matthiessen revisited these defining moments of his life disguised as an adult. He went back to time and impact points that made the blood pump and the heart gallop – maybe even burst. A rave in Rome, a ballroom in Bordeaux and a break-up in much-loved Berlin, where he has lived and played through days and weeks, months and years.

The EP is his most thoroughly produced and effect-bearing release to date, and it has been created in close collaboration with the Stockholm-based producer Joakim Buddee.

“Joakim has a more commercial and electronic point of view, while with my deep voice and a more complex genre background I contribute with the almost diametrically opposite”, explains Matthiessen. ”In practice, it has taken a lot of time to find exactly the expression that I wanted and could see myself in, but the mission has succeeded. I have allowed myself to listen to myself in some new contexts, which was the ambition for the collaboration.” 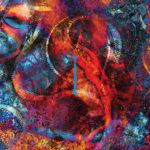 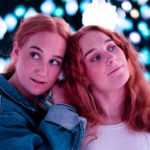