New Converge music is ALWAYS something to get excited about. So, when frontman Jacob Bannon announced that they wanted to do something “grander than the typical four-piece Converge music,” with their new record, you knew that they were going to drop something extra special. Enter Bloodmoon: I, a collaboration album between Converge, Chelsea Wolfe (along with bandmate Ben Chisholm) and Cave-In’s Stephen Brodsky.

Of course, what this means is that this collection of creative heavyweights needs to come up with something really magical to live up to their combined reputations and truly magical is something they come up with indeed. Having worked together since 2016, when they first collaborated at Roadburn Festival, it comes as no surprise that this album is utterly majestic. Now, while there is always the worry that a collision of minds as strong as these could end up a horrific mess, only moments into the haunting “Blood Moon” those fears are swiftly put to bed. Abrasive, chilling, soothing and violent, this multi-layered, complex sound is simply stunning.

Whereas the opener leads you into melodic, calmer territories, “Viscera of Man” is much more aggressive. A savage, jarring soundscape but one that is pierced with Wolfe’s eerie vocals, this one steers the album into more stormy musical seas. Then, barely three tracks in, “Coil,” in complete contrast, is a stunning piece of work that marries Wolfe’s haunting voice with music that builds from pure melody into the kind of bombastic, dramatic finale that will simply blow your mind. After the dramatic “Coil” be prepared to reinforce your floors as it will struggle to hold the sheer weight of “Flower Moon” while “Tongues Playing Dead” sees the album taken into a more punky, aggressive style.

Very few albums pull out as many attention-grabbing moments as this one does, but this truly is a collection of songs where you just don’t know what is going to be around the next corner. Will you be smashed in the face by Bannon’s caustic screams? Will the chaotic Converge hardcore of “Tongues Playing Dead” batter your torso or will Wolfe’s haunting voice lull you into a false sense of security? Be warned though, Bannon and Wolfe combine with Brodsky and Converge’s foundation-shaking ferocity, the end result will leave you as much terrified as it will leave you in awe as to how absolutely perfect this collaboration is. 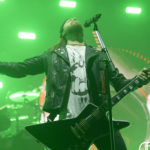 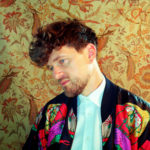