For a rock band that just formed in the latter part of 2019, trying to stick together over the last 18 months would have been daunting, to say the least, but Quick Fiction has pulled through, completely “Unphased.” The group has just released their off-the-wall music video for their new single, which makes ingenious use of puppets and animation. The song is from their debut full-length record Fingers Crossed, coming on October 26th.

An infectious power-pop anthem, the song looks at uncertainty and the anxiety of moving forward. It’s a timely single that has been a long time coming for a band that formed in late 2019 and then never got an opportunity to really break out, sidelined by the pandemic that began only a few months later. Now that things have settled down a little bit on that front, the guys are coming out swinging for the fences, intent on making up for lost time.

With some more insight on their new single and Fingers Crossed, the band stated,

“‘Unphased’ is a song about the uncertainty of making choices and ruminating on the past. The arrangement in the song itself captures this feeling of doubt, flitting between time signatures and moods. It’s ultimately a hopeful song, encouraging listeners to take charge of their life instead of brooding on what could be. Like most of the music on the album, it was about 80 percent written before COVID-19 appeared in California. We finished writing it over the internet, exchanging scratch tracks and different takes, before recording it in the fall. We had no idea when we started writing this song that it would help us navigate the pandemic together, serving as a reminder to keep pushing ourselves creatively instead of idly lamenting a world on fire.”

The San Francisco-based quintet strives for uniqueness in its sound, combining pop-punk, folk, and progressive rock into one, well-devised package. That musical creativity is quite apparent on Fingers Crossed, a record defined by its soaring vocal melodies, complementary guitars, and distinctive bass lines. The way in which the record was written and recorded really helps lend it some character. Rather than sounding rushed, the songs sound distinguished and well written, like a band that was able to readjust its methods in light of the challenges that suddenly laid ahead of them.

With the release of Fingers Crossed upon us, Quick Fiction is thinking big again, ready, willing, and able to introduce another side of themselves as a unit that is more than just a studio entity. 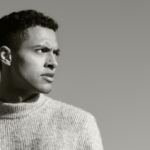 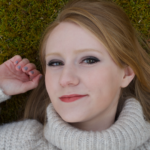