“Validated”, the third single to be taken from Ewan MacFarlane’s debut solo album is a soul-stirring epic song about standing up for who you are and being comfortable with the life choices you have made. “It’s about putting your 2 fingers up to the ones judging you, as they are the ones that need to step back and reflect on their own values.” Says MacFarlane. “It’s a song of liberation and understanding that if we are coming from a good place then it doesn’t matter what shape, size, colour or sex we are. It’s about standing strong and not needing to seek validation from others. We don’t need to be validated!”, he explains.

The third single comes hot off the heels of “Stirrin’ In The City” and “Underneath Your Spell”, both exhilarating classic rock tracks that picked up acclaim across the industry. The single, which takes a more poignant reflective stance than the previous singles from the album, shows another side to MacFarlane’s songwriting and you can check out the video in our exclusive premiere here:

You can hear the years of experience from MacFarlane’s time in bands like The Grim Northern Social and Apollo 440 filtering into his new solo tracks and especially in “Validated”, which strips back the rock ‘n’ roll grit to make way for insightful social commentary.

MacFarlane’s superb forthcoming full-length album Always Everlong due out October 29th sees him en-route to an uncharted destination. Sporting more than a touch of Americana in his new material, he honours the revered rock ‘n’ roll songbooks of his songwriting heroes David Bowie, Tom Petty, and Bruce Springsteen. But whilst the new songs may take inspiration from some legendary songbooks though, their origin remains, very much a thing of its time.

Challenging himself mid lockdown to write and upload one tune per day to Youtube, the songs mostly tell tales of tension with pledges of eternal love. “Validated” is the next taster of this outstanding album and the type of big “phones in the air” stadium track that all classic albums should have! 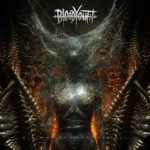 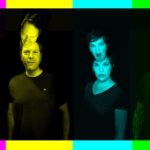