Knowing that Visions Of Another Hell, the surprise new release from UK metal crew Blood Youth, will be the last time you hear the current incarnation of this band, taints the experience with a layer of sadness. However, hearing departing vocalist Kaya Tarsus screaming “my soul is broken” during “Something To Numb The Pain” gives an insight into his state of mind when writing the Harrogate act’s third album.

Plunging into the darkest corners of his mind, Visions Of Another Hell is bleak from the outset as the haunting “a-LTX” sees Tarsus howling “examine the truth left by all the abuse.” Clearly, with no intention of easing you into this record, it’s an opener that demonstrates perfectly why Blood Youth has fast become one of the most highly-rated bands in the UK metal scene. Now, where their last album, 2019’s Starve, gave a taste of what this group was capable of, Visions Of Another Hell is a pure exorcism. Sure, with titles like “Something To Numb The Pain” you might get the feeling that is going to be riddled with schoolboy angst, far from it, this is an at times uncomfortably revealing display of undiluted mental torment.

Tracks like “Body of Wire” are smashed out with the subtlety of a jackhammer utilizing a formula which has, somewhat justifiably at times, seen them compared to Slipknot. That being said, it’s utterly heartbreaking hearing Tarsus howling “I just wanna close my eyes for the very last time” and, once you start scratching under the surface of this record, you’ll discover an absolutely harrowing listen. Musically, lyrically and emotionally, Visions Of Another Hell is as painfully raw as the physical and emotional wounds that have inspired it.

As already mentioned, the nu-metal/Slipknot/Korn influences have been well-documented but tracks like “a-LTX” and the sinister “Kept In A Box” show how much more there is to Blood Youth’s sound. The dramatic use of electronics and atmosphere is a massive part of the group’s audio profile on this record and it is this ability to craft songs like album closer “Dogma,” songs that capture heaviness with more than just the core musical elements, that makes this such an incredible piece of work.

Given the reasons behind his departure, whether or not Tarsus or his bandmates knew this was going to be his swansong with the group remains to be seen. Either way, Visions Of Another Hell is an incredible way to close this chapter in the story of Blood Youth. Now, as both parties move forward into new portions of their lives, it’s going to be interesting to see how these crushing insights into the darkest depths of the vocalist’s mind work with someone else delivering them. That being said, as he hands over the reins and heads off to deal with his demons, Tarsus must be taking comfort from knowing that he has left one of the most exciting bands in UK metal in very capable hands.

Visions of Another Hell Track Listing: 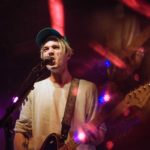 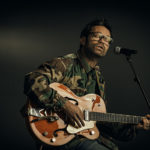