Mark Tremonti has long since made a name for himself through an impressive career with Creed and Alter Bridge, both extremely popular acts during their respective eras. Whilst Alter Bridge is still going strong with Tremonti’s input intact, his exceptional skills as a guitarist, vocalist and songwriter inevitably also led to a solo career. Now, with his fifth solo album on the horizon, the question has to be asked, does it stand up against its four predecessors, not to mention his work with the aforementioned bands? The short answer is a resounding YES!

Marching in Time opens with the thunderous drumbeat of “A World Away,” a beat deep enough that, if you have the capability to turn the bass way up, you’ll want to experience the vibrations through your body. Tremonti then demonstrates his exceptional six-string skills as he belts out a thresh heavy riff that adds further intensity to the tune. The track is further complimented by Tremonti’s clean vocals that work seamlessly with the variety of riffs contained within this track. A better way to describe it might be… a banger!

Moving on, “Thrown Further” further demonstrates Tremonti’s ability to weave stories into his songwriting akin to Alter Bridge bandmate, Myles Kennedy. As with all the tracks that proceeded it, the thrash metal riffs are on display and are an absolute work of art.

Of course, it’s not all fast-paced, with “The Last One of Us” utilizing a cleaner, less distorted guitar and a slower-paced tempo overall, adding more depth to the record as a whole whilst still including some of Tremonti’s signature guitar solos that are impossible not to air guitar to.  This is further emphasized in “Not Afraid to Lose,” which opens with, once again, a clear guitar riff as Tremonti’s vocals join the party providing positive and uplifting lyrics that banish any negative feelings from the listener. It is yet another near-masterpiece of both songwriting and storytelling.

It’s probably clear from the glowing praise outlined above that this reviewer is a fan of Tremonti and his work, but I urge readers not to take my word for it, go out and listen for yourself. From the opening drumbeat of “A World Apart” to the closing notes of the epic “Marching in Time,” Tremonti’s creative juices are flowing and it is virtually impossible to find any fault with this album. 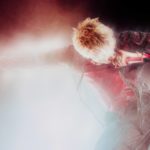 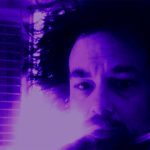