What better way to enjoy the last few weeks of summer than with live music in Central Park? The sun was shining, the air was crisp, and I was on my way to SummerStage for my first concert since February 2020. Fresh off a “Best Alternative Music Video” win at the VMAs for the second year in a row, Machine Gun Kelly was primed and ready to entertain, and I couldn’t wait to see the night unfold.

The evening started off with KennyHoopla, who quickly got the crowd singing and dancing along. Bouncing across the stage, Kenneth La’ron performed hits like “estella//,” “silence is also an answer//,” and my personal favorite, “hollywood sucks//.” KennyHoopla has deservedly been making waves across the festival scene this year, with appearances at Leeds, Summerfest, and Riot Fest, to name a few, and I can’t wait to see him blow up even more in the next year or two.

Up next was JXDN, and after just a few minutes, it was easy to see how he took social media by storm prior to starting his music career. Performing singles “WANNA BE,” “THINK ABOUT ME,” “ANGELS & DEMONS,” Jaden Hossler hit the stage running and didn’t let up, even taking a moment to jump on the barricade to interact with fans. With infectious energy and a charismatic smile, it was clear that, despite it being his first tour, Hossler had quickly learned to command both the stage and the crowd. 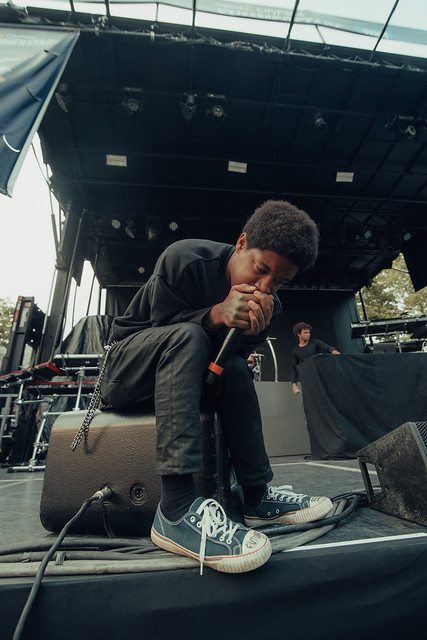 Machine Gun Kelly’s closing performance at the VMAs, “Papercuts” with Travis Barker, was just a taste of what was to come at his SummerStage headliner. With a twenty-plus song setlist, he came equipped with his pink guitar, a cigarette, and a slew of musical guests.

He started his act with “title track,” and as fans sang, “I’m selling tickets to my downfall,” back to him on stage, you could see that the words rang true. At this point, the sold-out crowd extended all the way to the back of the venue, and everyone was on their feet and full of adrenaline. He continued with “kiss kiss,” “Smoke & Drive,” and “drunk face,” before Iann Dior joined him for a cover of Dior’s “Sick and Tired” and their duet of “nothing inside.”

Although technical issues plagued the night time and time again, Machine Gun Kelly and co pushed through. It took three attempts before his cover of Paramore’s “Misery Business” with Travis Barker took off, but, once it did, everyone in attendance, myself included, partook in a passionate singalong. The Blink-182 drummer then stayed on stage for “Papercuts,” giving us an encore of the previous night’s performance.

While Tickets to my Downfall was the start of a new musical era for Machine Gun Kelly, he still embraced his hip-hop roots throughout the set. Weaving hits like “el Diablo,” “Floor 13,” and “Candy” into the setlist for his longtime fans, he showcased his sharp tongue and quick wit before going back to his current punk sound.

Unfortunately, the drizzle that started earlier took a turn for the worst. After “jawbreaker” was cut short by the venue due to thunder and lightning, MGK channelled his punk attitude with a non-verbal “fuck you” of disobedience, performing “bloody valentine” acapella with some help from the fans before they were ushered out of the venue. While it may have ended in a downfall thanks to the rain, the night was an overall success for all three acts, with all the challenges making it a memorable first post-covid concert for me and many others. 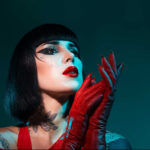 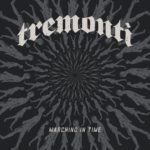