Fork? Check. Knife? Check. Bib? Oh, you forgot to grab it. While you’re retrieving it, we’ll give you something on which to really pig out, the brand new album from The Borstal Boys titled Crumbs. Due on September 10th via The Vault Records, this is actually the debut full-length from the band, a piece of work that illustrates the personal and musical growth the band has gone through as a unit. A truly equal effort, all five members of the band contributed just as much as each other in making this album a reality.

Through eleven new tracks, the record as a whole is a throwback to the soul that was so evident in vintage rock n’ roll, mixed with the gusto of a more modern band whose intention is to make sure their audience is having just as much fun as they are. Featuring more emotional tracks, like “21 Grams,” an ode to lead singer and bassist Rocky Lamonde’s late dog, Crumbs also features some more uninhibited rockers like “Back To You” and “Don’t Let Life Pass You By,” both emphasizing that classic but modern rock feeling that the band does so well.

Lamonde, along with guitarist Vinny Q. are the glue that keeps The Borstal Boys together. You could think of them as the ones who share driving duties in the car, with each taking turns behind the wheel moving things forward. Originally, The Borstal Boys was just a solo project that Lamonde started for himself, but it soon after morphed into being a full band. Lamonde has been playing rock n’ roll for over three decades now, and it is as a member of The Borstal Boys where he finally, truly feels comfortable, like he’s arrived at the place, musically, where he most belongs. Exuding swagger and confidence, the members of the band have previously recorded and toured with acts such as Torn And Frayed, The Dirty Charms, Bill Toms, and Hard Rain. Down to earth, talented, and full of gumption, you’ll fall in love with the old-school rock n’ roll bravado of The Borstal Boys. 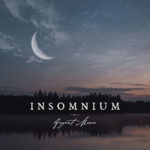 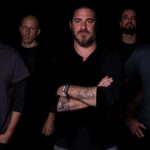