With momentum on their side, Pistols At Dawn have come out shooting with their latest music video for the new single “Gone Black.” The beautifully shot video, created with the assistance of special effects guru Shane Morton of Silver Scream FX Lab, offers you a special look at the band, appearing as ghoulish as they can in different colour face paint, and skeletal ensembles. It’s the ultimate video to ring in the Halloween season and to reintroduce you to Pistols At Dawn as they continue to ready their debut full-length album, due out in 2022.

With a high energy, hard-charging approach to rock n’ roll, the group’s music comes radio ready, with a sound that extends beyond the conventional, but remains accessible for fans of all types of subgenres of rock and metal.

Commenting on the “Gone Black” video, and working with Morton, the guys collectively said “Working with Shane Morton at Silver Scream FX Lab is like working with Picasso. He’s an absolute guru that effectuates his vision with such ease and care that one minute you are human and the next you are a real creature of the netherworld. We loved being transformed into our black light beings! Filming ‘Gone Black’ is one of the coolest video production experiences we have ever had.”

In reference to the song itself, they added, “It’s about people who cause their own misery. Living their lives stagnant whilst thinking they are living right. All the while sinking into their own arrogance and or ignorance and the constant cycle that perpetuates. It leaves you with nothing every time.”

“Gone Black” is lifted from the band’s most recent EP Nocturnal Youth that was released this past May. It follows the release of their trilogy of singles and music videos released last year, “Cold,” “Gauntlet,” and “All You Offer.” They reconvened in the middle of last year to finish up Nocturnal Youth with the highly revered Jeff Tomei, known for his work with Smashing Pumpkins and Matchbox Twenty.

Initially formed in 2015, Pistols At Dawn was rolling along just fine until tragedy struck in 2018 when guitars Mike Buffa died. After grieving and considering how they wanted to proceed, they reemerged in 2019 with VH1 Rockstar Supernova finalist Chris Pierson as lead vocalist. Pierson has helped solidify this band as an absolute powerhouse, ready to ascend to being considered one of the very largest giants of modern active rock. 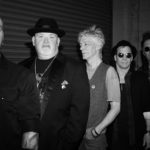 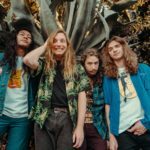