Martin Callingham is an alternative folk musician from Bristol, UK who has been melting audiences with his intimate delivery and beautifully crafted songs since 2016’s Tonight We All Swim Free. In November, Martin returns with his new album, Patterns, and as a taster for his new work, Martin has just released his stunning new single “Scully”.

Speaking on how the new single came about, Callingham said “I used to work at a film and photography hire studio in Bristol. If a shoot ran late, there was often nothing I needed to do but wait for the client to leave so that I could lock up and go home. Gulls would nest on the flat roof of the studio from spring. There was a window from an office just above the studio roof through which you could watch them build their nest, see their chicks hatch and the parent gulls fly off in shifts, returning with scavenged food. By about August, the chicks would have flown the nest and it was ok to go out onto the roof and wait in the setting sun for whatever was being shot below to wrap. Scully was conceived on such an occasion. It has nothing to do with Gillian Anderson’s character in The X-Files.”

To clear up the confusion around the single and to find out more about what fans can expect from the new album Patterns, we had a quick chat with Martin.

Thanks for your time Martin, you’ve talked about writing while you’ve been sat around at work. What about during lockdown that must have given you plenty of “quiet time” to write?

Martin Callingham: “No worries. Thanks for having me!

I’m ashamed to say that I wrote very little during lockdown. I always crave time to write but confronted with all those hours, they somehow lost their value. I do more when there are pulls on my time – work, family, etc. The time that is left is better appreciated and I tend to find more productive ways to fill it. If you’d have told me pre-Covid that I would have a few months with no work, I would have envisaged emerging from it with a novel, a couple of albums and various newly acquired skills. In reality, I just wandered about a bit, read, cooked and consumed huge amounts of food. Now that we’re all back to something approaching ‘normal’, I’m using time a bit more productively again, already halfway through writing an instrumental album, finishing a couple of short stories.”

Obviously the new single “Scully” is premiering with us now. What can you tell us about the story behind the song?

“Yes, thanks for your support!

It’s a vignette of someone seeing themselves in a situation, trying to conjure the shape of a freedom beyond it. It isn’t always obvious what freedom is.”

You also stated that it isn’t inspired by Gillian Anderson, I take it there has been some assumption that it is?

“Lyndsie Bernard made all the artwork for the album – an image for each of its 10 songs. They are all beautiful and will be available as part of the album package with its release in November. The image for “Scully” does look a little like a depiction of X-Files era Gillian Anderson (well, okay, it looks quite a lot like that). And I suppose that and the song’s name would seem to point towards some sort of Anderson obsession. It’s all coincidental.”

As a taster for the new album Patterns, is it a good indication of the direction of the album?

““Scully” is relatively sparse in its arrangement. There’s nothing more than an acoustic guitar, a bass and a little electric guitar part to support the vocal. It’s pretty short and was very quick and simple to record. Some songs on the album have quite a bit more going on in terms of instrumentation and energy. Others are more sparse still. The album was recorded in very short bursts, but with long gaps in time between each session. This also meant working with a range of musicians depending on availability and what each song called for.

“Scully” is just me, my guitars and the Andy Smith on bass. I’m unusually satisfied with it. I’ll be sharing another song or two prior to the full album coming out.”

Can you tell us about some of the other themes or inspirations you’ve written about?

“I’m not sure I could share the specifics of the songs’ origins. Some just convey a feeling, others are more literal. The songs are all personal so there is no grand theme here. Maybe I’m far too repressed to consider the idea of any sort of therapy so I write songs and then, periodically, when I feel I have a collection, I bother people with them. I’m not selling this well, am I? But I think it’s possible to connect with a song in one’s own way without having the precise intentions of what the writer was trying to convey laid bare.”

The album is out in November, what are your plans to promote it in 2022?

“We will have a couple of full-band album launch shows around the release date of Patterns this November (details soon). There are videos being made for some of the songs which will come out later this year and a live performance of the album being filmed at J&J Studios in Bristol where the bulk of the album was recorded by Jim Barr, which will hopefully be ready at the end of this year too! I’m pretty bad at social media, but I’m being encouraged to make more of an effort. Other than that, I’ll be plotting some live shows for 2022 and hoping to make up for so many months without playing in real rooms in front of real people.”

Thanks again for your time, just to finish how would you sum up the last eighteen months for you?

“I finished recording the album days before the first lockdown and mixing in a gap between lockdowns. So it’s been frustrating, long periods of waiting. But I realise I’m incredibly lucky not to have suffered beyond these minor inconveniences. 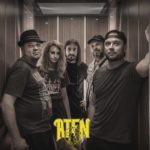 “Wander” into All This For Nothing’s Latest Single 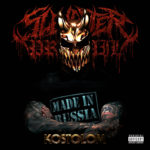