Canadian rockers Our Lady Peace have confirmed details for the sequel of the 2000s album Spiritual Machines. Dubbed Spiritual Machines II, the new anti-rock record is due this fall via Shelter Records. The news is accompanied by an acoustic version of the previoulsy-released single, “Stop Making Stupid People Famous” featuring Pussy Riot.

Group frontman and co-founder, Raine Maida shares, “Twenty years later, ‘Spiritual Machines’ predictions have mostly come true, 86% to be exact. Now, new predictions must be made for the future — and with groundbreaking advances in technology, there’s reason to celebrate.”

Spiritual Machines II was produced by Dave Sitek of TV on the Radio fame, with additional production by Jason Lader on three songs. According to a recent press release, the album “…marks an uplifting new chapter for OLP as it carves out a new genre that is best described as future rock with each song crafted to represent the new predictions for our future as a society.” 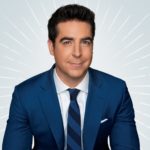 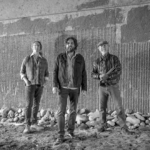