It’s sunny, it’s warm, and Lundberg is continuing to do what he does best, with another new instalment of Uncontaminated Sound – The Interviews. Episode 34 is a bit of a special edition, as it marks the first time in the series which Lundberg has interviewed two artists at the same time. Joining him today are filmmakers Puloma Basu and Rob Hatch-Miller. Not only are they married, but Basu and Hatch-Miller are also a directing and production team who have overseen music videos for artists such as Sharon Jones & The Dap-Kings, Aimee Mann, Martin Courtney (Real Estate), and Leverage Models. The list of videos they have produced is practically endless, with it featuring clips from artists like The New Pornographers, Ted Leo & The Pharmacists, Titus Andronicus, and Kurt Vile. Some of their most notable work together has been as co-directors and co-producers of the standup comedy series Night Train With Wyatt Cenac, and the soul music documentary Syl Johnson: Any Way The Wind Blows.

Hatch-Miller and Basu met in New York City but recently relocated to Los Angeles. Basu has been very active within television and film over the last decade, working on shows such as Flight Of The Conchords and Bored To Death, and on films such as St. Vincent, The Namesake, and Arbitrage. One of their most notable projects was the 2019 Other Music documentary, co-directed by the two of them. Premiering at the 2019 Tribeca Film Festival, the film is an interesting look into Other Music, a beloved New York City independent music store that closed in 2016. The film’s soundtrack will be receiving a special vinyl release for Record Store Day on June 12th, featuring Gary Wilson, REVL9N, Neutral Milk Hotel, Beans, Animal Collective, Sharon Van Etten, Bill Callahan (smog), and Yo La Tengo.

Commenting on his conversation with the couple, Lundberg said, “Other Music was a legendary independent record store operating from 1995-2016 on 15 E 4th Street. It was more than just a store that sold records, it was a community. Where one could discover rare, eclectic, and diverse music curated by a staff that held an insane knowledge base. Now lost to the rapidly expanding digital market, married filmmakers Puloma Basu and Rob Hatch-Miller paid homage to the store that meant so much to not only themselves but also a tight nit community of music junkies with their film Other Music Documentary. I had the pleasure to converse with both of them about the film, music, community, and much more.” 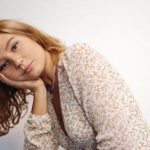