You got a “Fever,” and it’s for some classic bluesy rock coming straight from the fire and fury of Velvet Two Stripes. This is the latest single from the female trio, who are working hard to keep the spirit of the blues alive. It’s a sign of what’s to come on their third album, Sugar Honey Iced Tea, which is scheduled for release on October 15th. Following in the footsteps of The Kills, The Yeah Yeah Yeahs, and Deap Valley, Velvet Two Stripes are a stark reminder of the special force that only the women of rock can bring. “Fever” is emblematic of a band that has really developed through the years, eager to embrace new methods of recording. This approach is apparent in the polyphonic vocals heard throughout the song.

The girls, Sophie and Sara Diggelmann, and Franca Mock, bring an old-school DIY approach to the band and their music. Their first release, 2017’s Got Me Good EP, didn’t fulfill what they had in mind for their band, so they decided to take matters into their own hands. This led them to release their sophomore album Devil Dance on their own in 2019, which they preferred since it allowed them to retain complete control over their music. They’ve maintained their musical independence for Sugar Honey Iced Tea, which will feature nine new batches of fuzzy blues jams.

“Janis Joplin has always been a great inspiration for me. Her manner, her appearance and above all her musical work have influenced me since I started playing guitar, and her unmistakable live performance never fails to impress me. The fact, she was a self-taught gave me power and the self-confidence, it’s like, yeah you can do it! When I’m listening to her music, it triggers a feeling of euphoria in me. It inspires me no matter what mood I am in. It also reminds me of my childhood, when I bounced all day on my bed with a microphone and lot of coloured scarves wrapped around my head and waist, singing to Janis Joplin, dreaming of being on tour, hitting stages, performing worldwide with my own rock band. Janis Joplin has always been and still is a great role model, musically as well as interpersonally.” (Franca)

“Rhonda Smith is a great inspiration for me as a bass player: the way she can express every single emotion through her music, is brilliant. You can see by her playing what’s going on inside of her, and that’s no simple matter, especially for a bass player: you are responsible for creating the necessary base together with the drums so that guitar and vocals can run wild. Rhonda Smith can do both! I think her emotional bass playing is intensely reflected in her creativity. The way she combinates technique with originality and style is unique. Finally, her performance on stage is incredibly impressive. I mean, she’s like the coolest cat on stage, you just fall in love with her immediately!” (Franca)

“I mean, who doesn’t love Stevie Nicks?! Fleetwood Mac is one of the few bands I can connect with my entire 27 years of living. When hearing Dreams, I don’t only recall my first heartbreaks but also road trips to Sweden and Austria with my parents as a child. Stevie Nicks’ songwriting style has heavily influenced my own songwriting. Her lyrics are so intricate at times but still you can relate to the songs so well. She just has a way with words that tell a story in such a thrilling way that you just get sucked into it. You just want to be part of her world.” (Sophie)

“Alison Mosshart proved to me that just because you’re a female musician, you don’t necessarily need to be pretty and nice on stage. As a teenager, I thought that the head banging, running across the stage and screaming into the mic was reserved for the boys. I felt really trapped in the way I was performing because I didn’t really have a contemporary female role model. Until I heard of Alison Mosshart and The Kills. This totally changed my perception! I mean, she’s a full force on stage and takes all the energy of the crowd and gives it back tenfold. She just pours her heart out on stage and that’s what I really want to do too ever since. Plus, her golden boots were so cool! It took me months to find similar once and when I finally found a pair, I never took them off until they were completely worn out. She was definitely a big role model in my teenage days.” (Sophie)

“Sister Rosetta Tharpe has been a huge inspiration, not only for me but probably for all of rock n’ roll. She created a new style of music combining gospel and swing and thereby laying the foundation for what later would become known as rock n’ roll. Her style of playing the guitar was unique and she was known for it in a time in which almost no women played an instrument like the guitar. I think without her rock n’ roll wouldn’t sound as it does today.” (Sara)

“I love Carmen Vandenberg’s style of playing the guitar. Not only does she sound very ‘bluesy’ but she also combines this bluesy riffs with a lot of great effects making them sound like a real force. The sound of her guitar meets my taste exactly and I loved her collaboration with Jeff Beck on ‘Loud Hailor’.” (Sara) 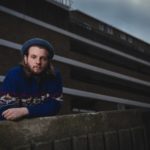 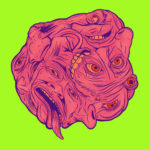