Generally speaking, musicians are storytellers and storytellers are musicians. But sometimes, one leans more to one side than the other. That’s certainly the case with Jesse Walton, a young musician who is more storyteller than songwriter on his new album Pages, just released on May 14th. Inspired heavily by the be all end all of folk storytellers, Bob Dylan, as well as artists like Nick Drake and The War On Drugs, Walton has crafted a record inspired by his deep love of storyteller’s folk music.

Emotional in nature, the new record sorts through his grief after a couple of his closest friends passed away during his teenage years. Motivated by these difficult times, Walton’s lyrics are deep, captivating, and at times heart-wrenching. Pages has been a work in progress now for a decade, a set of songs about growing up, figuring out how you belong in this world, overcoming loss, and discovering love.

With songs that will make you both laugh and cry, we recently connected with Walton for a track-by-track rundown, where he sorts through his thoughts and feelings on each track that appears on Pages.

“I wrote it in the summer of 2014 at a time where I had been travelling for quite a few months and I was really missing home, it’s a love song. At the time I had been struggling for ages to make something I was actually happy with.

I had been listening to The War On Drugs on repeat when they released Lost In The Dream in 2014 and that was what inspired me to start messing around creating ambient soundscapes: dreamy, cross-faded electric guitar tones drenched in reverb, tremolo pedals, drone-y harmonicas which ended up being the outro to the song and I wanted to merge that with Dylan-esque, rough around the edges vocal.

I spent quite a few hours over quite a few weeks just singing different lines into the microphone, deleting things constantly and I ended up in a bit of a rut. I was so self-critical and probably still am. I had pages and pages of lyrics and nothing that I actually wanted to use. In the end, I decided to take some time away from it so it just sat there unfinished.

Two years later, I went back to listen with a fresh perspective… It’s one of those things where you realize what you were writing about, but at the time it just seemed like a mess. I decided to finish making the demo.

Since then the track has come a really long way. We went to Resident Studios to record the piano on their beautiful Yamaha C3 grand, and that really brought the whole thing to life. Big thanks to Nick Shake who performed it.”

“I wrote this in 2017 when I had just moved to London to pursue my ambition to write music for a living. I love writing songs; it’s an amazing feeling to create something. I want to share this quote from Kurt Vonnegut’s book A Man Without a Country. I think it sums it up really nicely:

‘Practicing an art, no matter how well or badly, is a way to make your soul grow, for heaven’s sake. Sing in the shower. Dance to the radio. Tell stories. Write a poem to a friend, even a lousy poem. Do it as well as you possibly can. You will get an enormous reward. You will have created something.”

― Kurt Vonnegut, A Man Without a Country

Anyway back to the song… I had the finger plucky guitar riff first and it all came from there, the song developed quite quickly and I think I had the skeleton finished in an evening. The song is about loss, death, and addiction, and within all that, questioning self-worth, purpose and wondering whether you will be remembered. It’s really quite dark.”

“I wrote it in 2012 after losing a friend. It’s crazy to think that was almost a decade ago. I guess I hadn’t really felt ready to release it until now.

The version on the album was recorded only last year. I performed it on a Gibson SG. It’s just guitar and vocal. I wanted to keep it that way.”

“It’s about leaving home and leaving behind loved ones. I wrote it when I was moving to university. I had an old demo that sounds completely different; maybe I’ll share it one day. I began tracking the album version about two years ago, it started off as an arrangement for string quartet and in the string parts on the record were recorded at Abbey Road. I had some amazing friends layer the vocal harmonies.”

“This is the single off the album. An up-tempo and uplifting love song featuring a pulsating kick drum driving the song forward and dreamy guitar lines supporting the vocal. It’s all about creating support networks, if you’ve got people to fall back on then.

The song quickly develops to an impactful chorus with the lyrics giving way to flickers of optimism: ‘wear that smile across your face, no one else is gonna do it for you.’”

“An Americana-inspired folk song all about losing someone you love. I kept the arrangement as just guitar and vocal as I wanted to remain as authentic as possible.”

“It’s all about life being shit and trying to not let stuff get you down. It’s about having someone to rely on and supporting the people around you. In the end, we’re all here once. Be happy with who you are and try to enjoy the ride.

‘I use a claw-hammer banjo technique for that percussive, chugging style.’”

“It’s all about believing in you, not being afraid to be yourself. I guess that’s why I put it as the final track as that’s sort of what this album is to me. I have always struggled with being too self critical, doubting myself. It’s easier said than done, but I feel it’s really important to be ok with whom you are and not get wrapped up in comparing yourself to others.

It ended up being quite bluesy and jaunty which I like as it comes across more light hearted than some of the other tracks.” 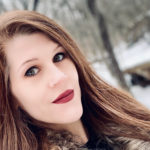 Morgan Lander on Collaborating with We Are PIGS, Attitudes Towards Women, and Witch Finger Horror Podcast 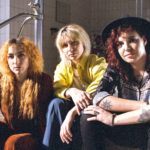