After revealing the identities of Ginger Kahn aka Tom Åsberg (previously of Priest), Carolina Lindahl (previously of The Operating Tracks) and Lea Alazam, the collective known as The Brides of the Black Room are now ready to release the second episode of a story in ten parts called Blood and Fire.

After releasing their self-titled 4-track prologue and debut EP in January to much praise, The Brides of the Black Room presented “Fire Disciple” in April, serving as the first of several singles to be released from the upcoming album due in September 2021. Now the clan advances in their vendetta with new single Blood, giving us an insight into their cause and through the accompanying music video by Per Norman, and they’re sharing this glimpse of their lair exclusively with us today.

“Mother is hungry. My mind and body is set out on a path of revenge. And also to reclaim. I’m taking back what is mine. I’m ascending my throne. And for those who stand in my way, beware. The tables have turned, the apple has been bitten. This is where our story begins. And oh yes, there will be blood.” 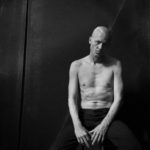 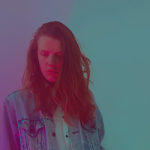