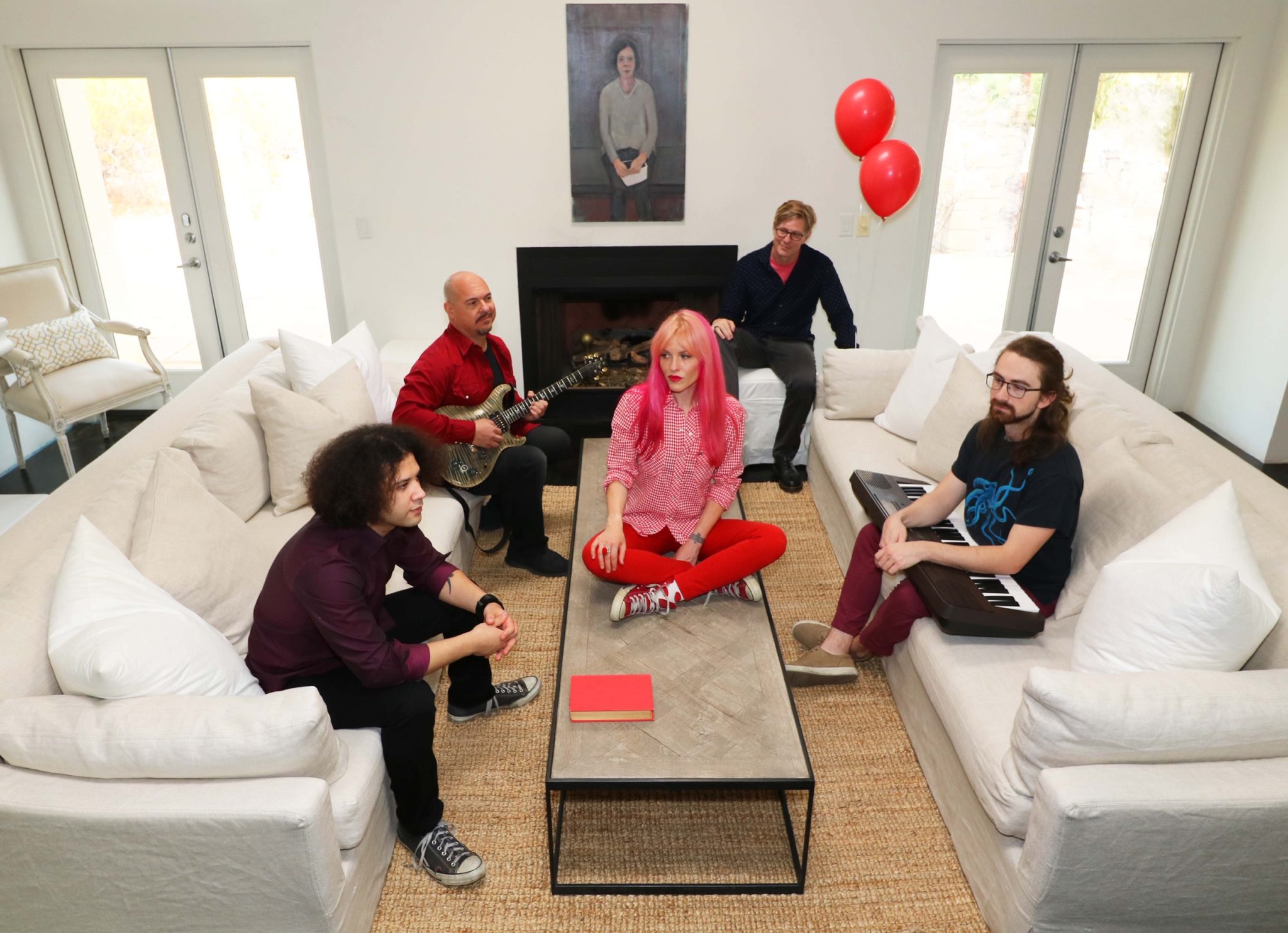 The city is alive tonight with the sounds of Electric Sol and their brand new EP. The Arizona indie/synth quintet is overflowing with pizzazz on City Tonight, a collection of six upbeat, decisive, and precise tracks that have that certain ‘80s flair and nostalgia that you just can’t get enough of. It’s all completed by the flair and unabashed optimism of lead singer and songwriter Ed Sweet, the brainchild behind all that is Electric Sol.

While it sounds like it certainly belongs in the present time, there’s a certain charm to City Tonight that’s emphasized by its retro qualities. The songs are a throwback to when synth-pop ruled the clubs, and for a time, the radio, and music was more spontaneous and carefree. It’s happy music meant to get you grooving, with captivating hooks so large that you’ll hang off of them.

While Sweet guided the ship for City Tonight, he received some valuable assistance from the excellence of electronic producer and artist Secret Attraction. As Sweet explains, “City Tonight is a collaboration with artist/producer Secret Attraction. I saw him perform live in February just before the pandemic hit, and I reached out to him in April to see if he’d be willing to produce some tunes. To my pleasant surprise, he said yes, and he brought a more edgy, synth-laden, retrowave feel to the music that I really love.

The other EP I did at around the same time, Accept Me, was produced by artist/producer Dapo Torimiro and it has a much cleaner, nu disco/R&B kind of feel. I love what we did together, too, but I think the songs from City Tonight are what I’ve been trying to do for years but just hadn’t been able to articulate. So I think we’re going to keep moving in that direction going forward, while always reserving the right to try new things along the way.”

As Sweet mentioned, City Tonight is not the only music he’s been recently working on. He also released Accept Me last August, an EP that served as a springboard for this record’s release. City Tonight picks up on many of the themes present on Accept Me, a group of songs that champion positivity and acceptance. Working with an industry veteran like Torimiro was a great learning experience for Sweet, since he got to learn from a Grammy-nominated producer who has worked with Justin Bieber, John Legend, and Jordin Sparks.

Sweet started Electric Sol over five years ago, originally as a solo project, before it became a full-fledged, multi-faceted recording project. Not ones to take themselves seriously, the group is composed of five self-professed nerds who love electronic music. There’s a certain fun, happy-go-lucky quality to Electric Sol, which is ultimately what will keep you coming back to these nerds for more and more.