Spring — 1976. Ronnie was a 14-year-old bad boy — the heartthrob of the neighborhood bad girls. He had shaggy long blond hair, smoked cigarettes, rode motorcycles, played drums and listened to (very loud) brash rock and roll. Plus, he had a PIERCED EAR! The time I witnessed him breathing fire in his front yard was amazing. As a naïve, four-eyed, 13-year-old church boy from the Midwest who had migrated recently to Orlando with my family, I idolized Ronnie. Simply put, the guy was completely cool, while I was a total geek. Yet, for some reason, he took a liking to me. Unfortunately, as a result of Ronnie’s wild reputation, I was forbidden by my over-protective mom to hang out with him or his younger brothers, Ricky and Scottie. But even nerdy church-goin’ teens can be a sneaky ilk.

In those days, family hi-fi sets were massive pieces of living room furniture. Constructed of solid wood, these Buick-sized sound systems typically included a built-in phonograph player, an AM/FM receiver, two (sometimes four) speakers, occasionally an 8-track tape deck and always a spacious LP storage compartment. Resting atop well-worn shag carpet and located next to a slightly-stained velour couch, Ronnie’s family hi-fi was the system on which he had introduced me recently to such sonic slabs as Billion Dollar Babies and the just-released double-album, Frampton Comes Alive (read our retro review here).

“You gotta hear this,” Ronnie said, with certain urgency as he ushered me into his living room one afternoon and quickly dropped the phonograph needle onto the spinning LP. I soon experienced the heaviest-sounding (and loudest) tune I’d ever heard — bone-crunching riffage, a throaty bass chug, defibrillator-like drumming and wailing superstar vocals. And the lyrics grabbed my teenage attention, posthaste — You gotta lose your mind in Detroit Rock City! My mind had, in fact, just been “lost.”

“When initially released, Destroyer polarized the KISS Army. Now 45 years on it stands as perhaps KISS’ most groundbreaking studio album — the album that helped usher KISS into superstardom and its signature songs remain a staple of the band’s set list today.”
-Ken Sharp
Co-author of  NOTHIN’ TO LOSE: The Making of KISS (1972-1975)

KISS were an exhilarating musical force. Suffice it to say, their album, Destroyer, was nothing like Tapestry. And, I-absolutely-loved-it! The front cover image painted by acclaimed artist, Ken Kelly, depicted the four kabuki-faced superheroes decked out in black, form-fitting, sequin-studded outfits and platform boots, stomping triumphantly across the rocky rubble of a smoldering, destroyed city — a powerful visual, indeed. After sharing this newfound rock gospel the next day with my younger brother, a copy of Destroyer soon found its way to MY family’s hi-fi set — on 8-track tape, of course.

Overseen by celebrated Alice Cooper producer, Bob Ezrin, the nine songs were free of stylistic shackles. In a fashion similar to one of my other recent discoveries, the aforementioned Billion Dollar Babies, the album was a masterpiece. Possessing an artistic split personality, it owned monster-sized riffs, polished with plush orchestration and enhanced by angelic choirs.

“Destroyer introduced me to KISS. Certainly one of the band’s most influential records featuring signature songs and hit singles, including ‘Detroit Rock City,’ ‘God of Thunder,’ and ‘Beth.’ Over-the-top production and fabulous cover art made this a seminal KISS album.”
-C.K. Lendt
Former business manager for KISS and author of KISS AND SELL: The Making of a Supergroup

As an awkward soon-to-be 8th grader, I became obsessed with KISS — consumed by such coliseum-caliber Destroyer standouts as, “Detroit Rock City” and “King of the Night Time World.” Conversely, the symphonic arrangements of “Great Expectations” and the chart-busting hit, “Beth” provided a beautifully effective yin to the hard-hitting “Shout it Out Loud” and “Flaming Youth” yang. Oozing authentic all-American cock-rock swagger, Destroyer soon proved to be the must-have soundtrack that defined the spirit of all hard rock enthusiasts in my world, as we rolled into the steamy Bicentennial Summer of ’76.

A treasure trove of anthemic gemstones, the record targeted teens (like me) who felt misunderstood and misplaced at home, at church and at school. Clearly, frontman Paul Stanley understood me — My uniform is leather, and my power is my age. I’m gettin’ it together to break out of my cage. And although (at the time) I didn’t personally own “7-inch leather heels,” I felt like I understood him, too. Even at age 13, I “got” the strip show vibe of Peter Criss’ sexy-sounding drum work on “Do You Love Me?” It wasn’t until I worked with rock stars on national concert tours years later, that I’d truly recognize the honest and pure sentiment of that one — You really like rock and roll. All of the fame and the masquerade. You like the concerts and studios. And all the money, honey, that I make. But as a wide-eyed youth, I was kinda curious as to why bassist/vocalist Gene Simmons professed to always having a whip beside him, and how on earth pain could be sweet. Lessons learned. As for Ace Frehley, he now had been anointed as rock’s latest (and greatest) lead guitar poster boy.

“‘Shout it out Loud’ use to always make me scream when I was at a KISS concert.”
-Anthony Bramante
Original lead guitarist for Nuclear Assault

Despite the four members’ names appearing prominently on the back cover and inner sleeve credits, Destroyer wasn’t exactly the full family affair effort I had fantasized about so frequently as a kid. In ensuing years, it’s been revealed that at least a few ghost players contributed to the record. But, like when I was tipped off that the guy in the Santa suit might actually be my dad, this factoid was a bit disappointing, but not a deal-breaker.

I’ve now worn out three 8-track copies of Destroyer. I’ve also bought two different vinyl versions (one black, one red), two different CD editions (one original pressing, one remastered) and I destroyed a cassette copy. In sum, even after 45 years, Destroyer still sounds fresh to me. It still gets my blood pumping. It still speaks to my inner teenager. It still sounds like a rawk and rawl pawty!

As for Ronnie, we’ve not seen each other in 40 years, although he lives only an hour or so away from me. However, we do exchange messages occasionally on Facebook. Reconnecting with him for a face-to-face coffee experience definitely is near the top of my 2021 “To Do” list. 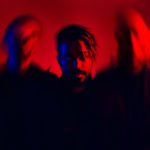 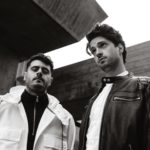