There’s no need to go digging for Relics when they land right before your eyes, and ears. New York City group BARK has got just the right melodies for you today with their brand new music video for “Malady.” One of the featured tracks off of their new full-length album Relics, the song has a haunting, ghostly quality to it, which is emphasized by the dark, shadowy, atmospheric music video that the band has shot to go along with it.

Featuring Alessio Casalini, Alexey Artemov, and Marc Potts, the trio’s primary goal with each new song and record is to keep pushing the limits a little further than they did the last time. Lyrically and musically, they create a wide canvas within which they feel free to try whatever they please and see in which ways they can challenge themselves musically. It’s worked out quite nicely, with the band now celebrating their fifth year together this year.

To let us know their vantage point when composing their new single, Potts stated, “‘Malady’ is about the appreciation of change or transitions. It tries to attribute an aesthetic of sickness or ‘malady’ as a transition point for something powerful and/or resilient. So embrace malady as a stepping point through adversity.”

Relics started out as a fairly ambitious project, with Casalini and Artemov taking care of the initial writing and heavy lifting. They were most responsible for coming up with the initial skeleton of each song before Potts would come in and help complete it with some lyrical ideas. Once some lyrics took shape, all three would then compose, edit, and develop a certain narrative for each song. That speaks to BARK’s songwriting process, where no step is skipped, and no stone is left unturned in uncovering the best note, melody, lyric, or whatever it may be. Produced, recorded and mixed at the widely regarded Quad Recording Studios in Manhattan, the songs on Relics attempt to tell a story of day-to-day reality. Perhaps their most personal work, this is their first album where it’s just the three of them making every sound and subtlety, which has helped keep these songs honest and down to earth.

There are a lot of moods, thoughts, and feelings to go around here which will make you stray away from the mundane, towards a greater appreciation of the eccentricities and the quirks of modern music. 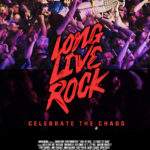 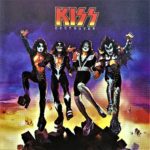